Windows 11 users can now install AlmaLinux from the Microsoft Store

Windows 11 users can now install AlmaLinux from the Microsoft Store.

Microsoft’s Windows Subsystem for Linux (WSL) is a very interesting set of subsystems that basically lets you easily run a Linux distribution (and support executing its commands) in Windows 11 (or Windows 10). Best of all, you can install these distributions directly from the Microsoft Store.

There are also many popular Linux-based operating systems such as Kali and Oracle in the store. 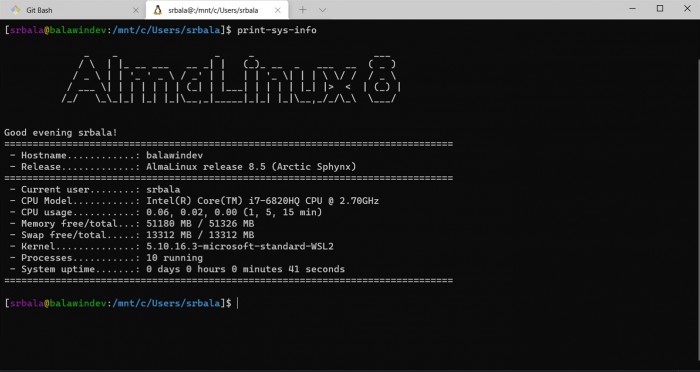 And now, another Linux-based operating system is coming to the Microsoft Store. You see, starting this month, you can download and install AlmaLinux by clicking here:

The intro page says: “The AlmaLinux operating system is coming to WSL! Now you can use the platform you know and love, using all the standard tools, including dnf/yum, etc., to run all the applications of the EL ecosystem you love. AlmaLinux is a community An enterprise-grade Linux operating system owned and managed, 1:1 compatible with RHEL and CentOS”.

If you’re a home user interested in trying WSL, you should probably avoid this particular distribution. Why? Because AlmaLinux was designed as a replacement for the now discontinued CentOS, itself a derivative of Red Hat Enterprise Linux (RHEL). In other words, it’s primarily designed for business users.