Canadian astronaut Chris Hadfield (who became popular with David Bowie’s “Space Oddity” on the space station) recently said on his social media account that the European Space Agency‘s Mars Express satellite will receive a software update , to better search for Martian groundwater and to study and monitor Mars’ moon Phobos.

Since the software for this Mars exploration satellite was designed more than 20 years ago, it is still based on the Microsoft Windows 98 development environment.

ESA’s Mars Express was launched on June 2, 2003 by a Soyuz carrier rocket. It consists of two parts, the Mars Express satellite and the Beagle 2 lander.

The former is still running well, but the latter After reaching the Martian surface, contact was lost and the mission failed.

According to ESA, the Mars Express satellite will receive a series of upgrades to improve efficiency and quality by improving signal reception and onboard data processing. 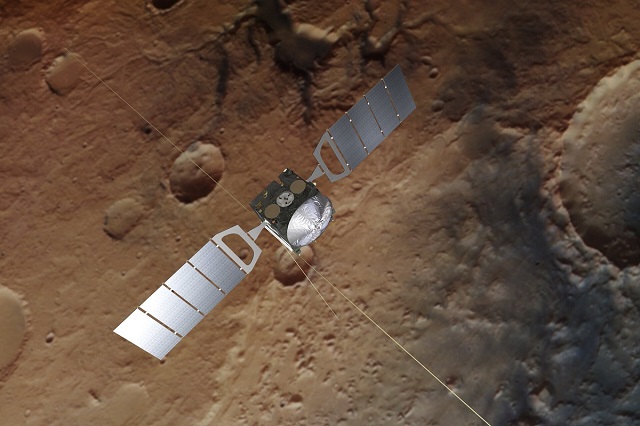 The related upgrades will be carried out by the Italian National Institute for Astrophysics (INAF), and engineers involved in the work to make the MARSIS radio wave instrument work better admit it is a daunting challenge.

It is not clear which chip Mars Express uses, but the theory is at least Pentium 90 or above. Mars Express is not the first space exploration instrument equipped with an x86 architecture CPU.

Of course, NASA’s favorite CPU is the customized PowerPC 750, which is the same structure as the processor in Apple’s iMac G3.

Last year, the Perseverance rover successfully landed on the surface of Mars. This CPU is also used .

This custom chip has been specially treated for radiation protection, known as RAD750, and is custom-manufactured by BAE Systems.