AMD will launch Radeon RX 7000 series graphics cards this year, equipped with Navi 3x series GPUs based on the RDNA 3 architecture, the most high-end of which is Navi 31.

Rumors for a long time have pointed out that the Navi 31 has a 256-bit video memory bit width, and the corresponding video memory is 32GB, but some netizens recently said that this information is incorrect.

AMD increased the video memory bit width and reduced the number of video memory modules, which can reduce costs to a certain extent and reduce the pressure on heat dissipation.

Navi 31 will be packaged in MCM multi-chip. It is reported that it will be equipped with one GCD (graphics computing chip) and six MCD (multi-cache I/O chips). Two different processes will be used.

The former is TSMC’s 5nm, and the latter The other is 6nm.

Some netizens showed the visual structure diagram of Navi 31, showing that the graphics computing module is still one chip, not the two in past rumors. 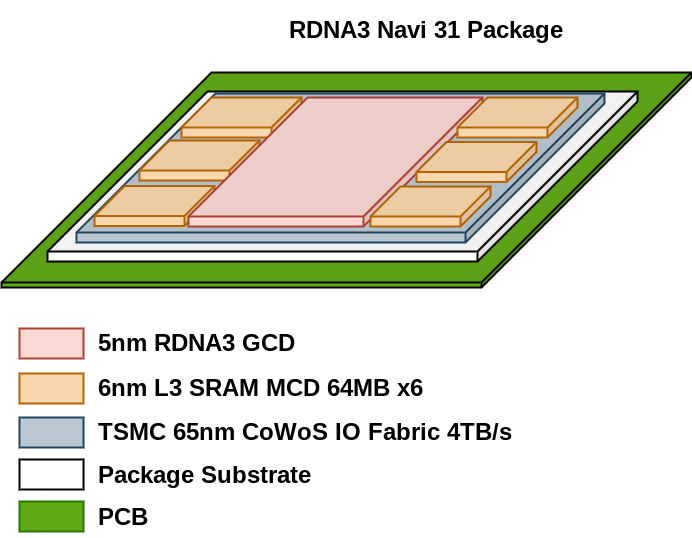 Overall, the size of the entire Navi 3x series of GPUs has been reduced by 20%.