“Starlink” was approved to connect to transportation, causing a lot of controversy! Will it change the future of mobility? 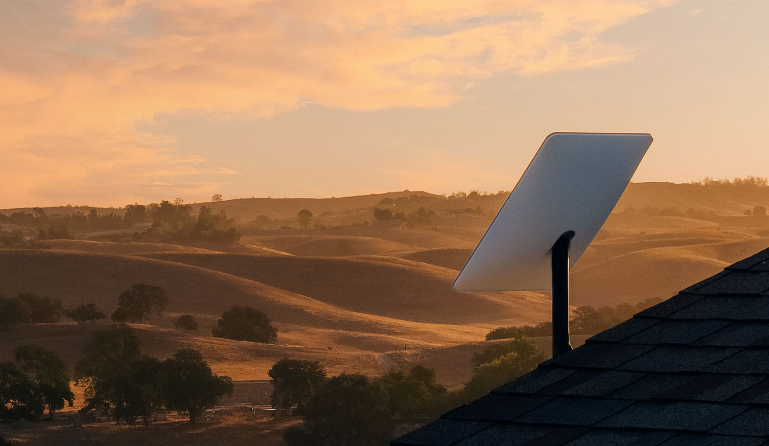 The Federal Communications Commission (FCC), which is responsible for the management of the radio, television and communications industries in the United States, recently approved SpaceX’s “Starlink” satellite communication network to connect cars, ships, and planes waiting for transportation.

A number of  technology media said on the 4th that the FCC’s move means that the controversial “Starlink” may change the way of travel in the future.

The U.S. “Global Space Watch” website said on the 4th that the Federal Communications Commission recently issued a notice to allow SpaceX to operate the “Starlink” communication network on residential and commercial vehicles such as aircraft, ships, and RVs, and to approve the expansion of “Starlink”. Broadband coverage to meet users’ mobile connectivity needs.

According to documents submitted by SpaceX, the “Starlink” satellite constellation operates in low-Earth orbit and currently has about 2,700 satellites providing high-speed Internet services to more than 400,000 users worldwide.

According to the American “Geek Connection” website, “Starlink” can only provide Internet services for fixed users before.

Users need to buy an antenna kit to get in touch with the satellite network, which costs an average of $110 per month, with an additional $599 for the antenna kit.

Tests show that “Starlink” can achieve download speeds of 50Mb to 250Mb per second in most locations, but if you encounter peak usage or network congestion, the network speed will drop significantly.

The report reminded that although the FCC “gives the green light” for the “Starlink” mobile service, SpaceX has not yet opened the service. It is clearly written on the “Starlink” manual: “We have not configured the mode to safely use ‘Starlink’ when moving.”

Intent to deeply intervene in transportation

The Italian “Space Economy” website said on the 4th that after “Starlink” was approved to provide mobile communication services, the first thing to change will be the aviation industry.

At present, many American airlines, including Delta Air Lines, are interested in using “Starlink” to provide Internet access services during long-haul flights.

At present, some airlines have provided in-flight Internet access services for passengers, but the price is expensive, and the Internet speed and response are not satisfactory.

The “Starlink” operates in a closer low-Earth orbit, and has more advantages in terms of price, network speed or other services.

In addition, in the future, civil airliners are also expected to transmit the data collected by the sensors of the airborne equipment back to the ground command center in real time through the “Starlink”, thereby replacing the role of the “black box”.

The report believes that the “Starlink” mobile communication service also has a broader usage scenario-autonomous driving.

The report said that when self-driving cars operate, they will obtain large amounts of data from radar, cameras and other sensors, usually requiring low-latency 5G networks to transmit this data back to the cloud for processing before guiding the vehicle’s next move.

However, the current coverage area of ​​5G networks is very limited, which has become one of the important obstacles to the promotion of autonomous driving technology.

Smart cars equipped with “Starlink” can not only surf the Internet anytime, anywhere, but also realize assisted driving or automatic driving in a wide area.

Considering that Musk, the CEO of SpaceX, is also the helm of the global smart car giant Tesla, the intention of “Starlink” to deeply intervene in transportation by obtaining a mobile communication service license is even more obvious.

The main obstacle to integrating Starlink into a vehicle is the size of its antenna.

When SpaceX applied to the FCC to use the “Starlink” mobile communication service, it specifically emphasized that it will be used first in large vehicles such as trucks or RVs, because its satellite dishes are too large for ordinary cars.

When reporting related news, many technology media specifically mentioned that “Starlink” faces widespread controversy from all walks of life.

For example, “Starlink” adopts a “decentralized” connection method, and each user has a server function.

“In order to achieve the best access and transmission speed, the satellite can accurately understand the physical location of each user”, which undoubtedly greatly increases raised concerns about its invasion of user privacy.

Some experts say that if SpaceX sets up several more root servers in space, the “Starlink” can even become a second independent global Internet, promoting the reshaping and reconstruction of the world network.

Scientists have also repeatedly complained that the increasing number of “Starlink” satellites seriously interferes with the observations of ground-based telescopes.

According to SpaceX’s plan, about 12,000 “Starlink” satellites will be launched by 2024, and it is currently planning to apply for the deployment of an additional 30,000 satellites, bringing the total to 42,000.

Amazon, which is also developing satellite internet services, recently asked the FCC to “exercise caution” in approving SpaceX’s new plan to ensure it doesn’t come at the expense of “innovation from competitors.”

What is even more worrying to the outside world is that SpaceX has a close relationship with the Pentagon and has participated in classified tests of various U.S. military services for many times.

It is speculated by the outside world that “Starlink” can not only provide reliable communication services for the global operations of the US military, but also carry space-based weapon systems in the future, or even directly serve as a weapon platform.

In addition, SpaceX is also actively involved in the Russian-Ukrainian conflict, providing Ukraine with “Starlink” equipment for communication and combat command.

At present, “Starlink” is also directly competing with US 5G network operators.

According to the US technology website Inferse, SpaceX recently announced that if the proposal to use the 12GHz frequency band for terrestrial 5G networks is approved in the United States, it will interfere with the use of the “Starlink” satellite Internet service in the United States.

According to reports, US satellite broadcaster Dish Network has applied for the use of the 12GHz band for high-power mobile services, which is also part of the Ku-band used by Starlink, OneWeb and other satellite network operators.

In response, SpaceX said in a letter to the FCC that tests showed that the proposed 5G network would cause the “Starlink” network service to experience connection outages in 74% of cases.