What programming language performs best? There is no suspense in C language first, Python last.

Every language has its own fans. It is not a problem to find 30 or 50 programming languages ​​in the world.

There are at least 20 popular ones. Let’s not talk about these languages.

Whether they are used or not, their performance is also an important indicator.

Which programming language has the best performance?

Someone has really done a ranking on this matter.

The Benchmarks Game has selected 25 popular languages ​​for testing.

There are ten specific items, as follows:

Then, the performance of each programming language is quantified according to the above test results.

The left part is the time, the shorter the better the performance, and the right part is the weighted score calculated based on the time and memory overhead. 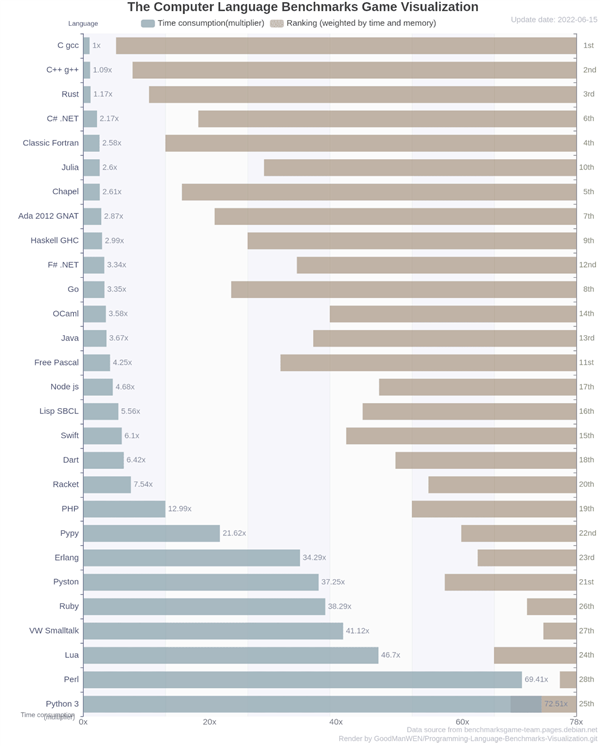 In this ranking, C language + GCC compilation is the fastest without any suspense, which is almost a consensus among programmers.

The python language, which is often touted by major programming training courses, is actually at the bottom.

Although everyone knows that its performance is not very good, it is a bit surprising that it is the last one.