What food can we find in the event of a nuclear war?

What food can we find in the event of a nuclear war?

Can humans grow food in the “nuclear winter”?

If a nuclear war really breaks out, will it trigger a food crisis?

Nuclear winter refers to the global temperature drop caused by the explosion of nuclear weapons, and the global climate and environment will also undergo significant changes.

At present, researchers say that some crops can survive the nuclear winter and serve as human food.

Since the Cold War, U.S. and Russian leaders have been on high alert for a nuclear war, where even a localized exchange of nuclear weapons between nations could cause catastrophic damage to the environment and society. 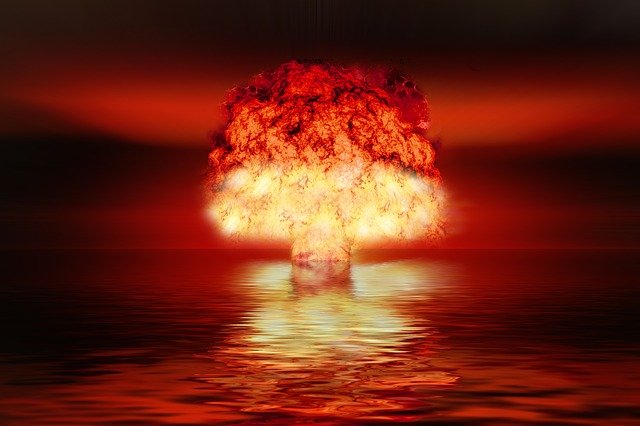 What impact might a nuclear winter have on global food production?

A small fraction of humans may survive a nuclear catastrophe, thanks in part to some wild edible plants and insects in the tropics, according to two Penn State researchers.

Penn State research technologist Daniel Winstead and forestry resources professor Michael Jacobson conducted a dedicated study to analyze emergency food resilience research projects, reported in Published in the journal Ambio of the Royal Swedish Academy of Sciences in February this year, the study has become even more relevant recently amid renewed fears of a nuclear weapons conflict as the war between Russia and Ukraine continues. . 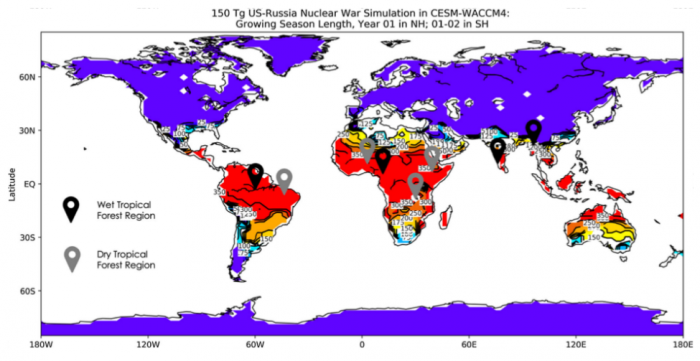 “I have absolutely no idea that this is relevant to any international current affairs, and the timing of our research is really coincidental,” said lead author Winstead.

The study pointed out that nuclear war is the most likely and most likely preventable of the catastrophic disasters including volcanic eruptions, meteor impacts or supernova explosions.

Once the United States and Russia stockpiles of about 4,000 nuclear weapons (accounting for more than 90% of the total global nuclear weapons stockpile) exchange fire, it will emit 165 million tons of soot into the atmosphere, the mass of which is about 11 times the total weight of the three Giza pyramids.

The study reports that a nuclear weapons exchange like this would reduce sunlight exposure to less than 40% near the equator and 5% near the poles, resulting in severe cold and significantly reduced precipitation in temperate regions of the world. It can take up to 15 years to fully recover.

Permafrost will gradually cover much of North America, Europe and Asia, and in humid tropical forests such as the Congo or the Amazon Basin, precipitation may drop by 90% in the following years.

In addition, the soot from a large-scale nuclear war will cause global crop failure for at least 4-5 years, but in the tropics closest to the equator, extreme temperature changes that rarely occur will provide favorable opportunities for agricultural production to be able to feed disaster survivors , whether the sun hits it immediately or it takes years for the sun to return.

The study sought to determine which areas are suitable for agricultural production, and what plants might grow efficiently after nuclear war.

To do this, the researchers identified population clusters in adjacent forests and the tropics, and selected tropical dry and wet forests for their analysis.

They next examined 247 wild edible plants (WEPs) and selected 33 plants that can be cultivated or collected by humans after nuclear war.

The classification criteria for these edible wild plants included: abundance, ease of processing, energy density, Essential vitamins and minerals, long-term storage without refrigeration, and harvestable most of the year.

At the same time, the study noted that 33 edible wild plants were also selected, albeit in smaller numbers, based on shade, drought and low temperature tolerance characteristics.

Aboriginal people know many wild plants and incorporate some of these insects into their daily diets, Winstead said, and some hardy creatures such as the palm weevil, which is a fat and protein-rich larva, One can bake them, grind them into powder, and make bread and soups.

He also pointed out that the concentrated fat and protein contained in palm weevil are high in calories. 30-40 boxes of palm weevil (Tupperware fresh-keeping box) can meet a person’s daily calorie needs.

What people have to do is to constantly Collect palm weevil, then pack them into Tupperware crispers and place them in the corner of the room, which acts as a form of food storage.

Other edible wild plants include: konjac, a starchy root plant that serves as a famine food; cassava, known as the fifth most calorie-rich plant in the world; and wild oyster mushrooms, a Food source of protein, minerals, vitamins, and antioxidants; safou, an oily fruit also known as the “African plum”, in addition to several species of wild spinach and amaranth, which is an Asian and African Common plant that is easy to cook.

The second type of edible wild plants are seeds and nuts that can be collected immediately after the nuclear war, not other crops grown after the disaster.

They include: palm fruit, tamarind fruit, dilo seeds, acacia seeds, sambi bugs, monkeys Bread, yams and Ethiopian plantains, also known as one of the largest vegetables in the world, are also known as “fake bananas”.

Winstead said: “It’s basically a banana tree, people eat the tree, not the bananas, and during the Ethiopian famine, a lot of them were fed by this plant, and the baobab was also very useful, its The water allows people to drink it indefinitely, the fruit is nutritious and easy to store, and people can eat the leaves and roots of the baobab tree. Although I haven’t eaten any of these wild edible plants, I’d love to try them. “

Overall, Winstead hopes to use this research to raise awareness about edible wild plants (besides confirming how bad nuclear war is) so we can eat them safely, now, and potentially catastrophically future moment.

Winstead said: “Biodiversity not only enriches the world’s species, but also has many uses. There are tens of thousands of edible plants around the world. More importantly, by protecting the areas where these plants grow, we will not lose biodiversity. and ensure food availability after a disaster.”

Although there are many varieties of edible plants, most feed on only 12 crops. Winstead believes that the “Westernization” of the global diet may lead to the loss of traditional perceptions of wild plant food, and ancient tribal women have been responsible for collecting Their knowledge of wild plant foods has been passed down from generation to generation, and with the development of modern industrialization, women have little understanding of wild plant foods.

Another issue is environmental protection, Winstead said. Deforestation has endangered some wild spinach, and some sweet potato plants are also at risk.

Helping food production recover now can prepare us for future disasters. Of course, whether it will happen before a mushroom cloud forms on the horizon is currently unpredictable.

“We have a lot of opportunity to do the right thing, we have enough land, and if people are really willing to cooperate and not stock up on food for themselves, I think there will be a lot of options, and it will take some goodwill,” Winstead said. People make decisions to change.”