What are the advantages and disadvantage of Wi-Fi 6E?

What are the advantages and disadvantage of Wi-Fi 6E?

With the continuous replacement of technical standards, Wi-Fi 6E is now one of the most advanced wireless network technologies and the fastest Wi-Fi network.

Wi-Fi has been around for nearly two decades, and every few years, upgrades make the technology even more powerful.

Wi-Fi 6E is the latest and fastest Wi-Fi technology, which is developed on the basis of Wi-Fi 6.

Wi-Fi 6E is an enhanced version of Wi-Fi 6, and E means Extend.

Here are four things you need to know about Wi-Fi 6E.

With the popularity of smart homes, the number of connected wireless devices in the home has also increased dramatically, resulting in excessive congestion in the 2.4GHz and 5GHz frequency bands.

Simply put, although Wi-Fi 6 has not been around for a long time, the frequency bands used are still 2.4GHz and 5GHz.

The 6GHz band supports up to 14 80MHz channels, or 7 160MHz channels. It supports nearly twice the number of high-bandwidth (80GHz, 160MHz) channels as 5GHz;

This means more devices can connect to available Wi-Fi channels.

Wi-FI 6E is also more secure than its predecessor due to the mandatory inclusion of the next-generation Wi-Fi security protocol WPA3 (Wi-Fi Protected Access 3), making it more difficult for hackers to break into the network. 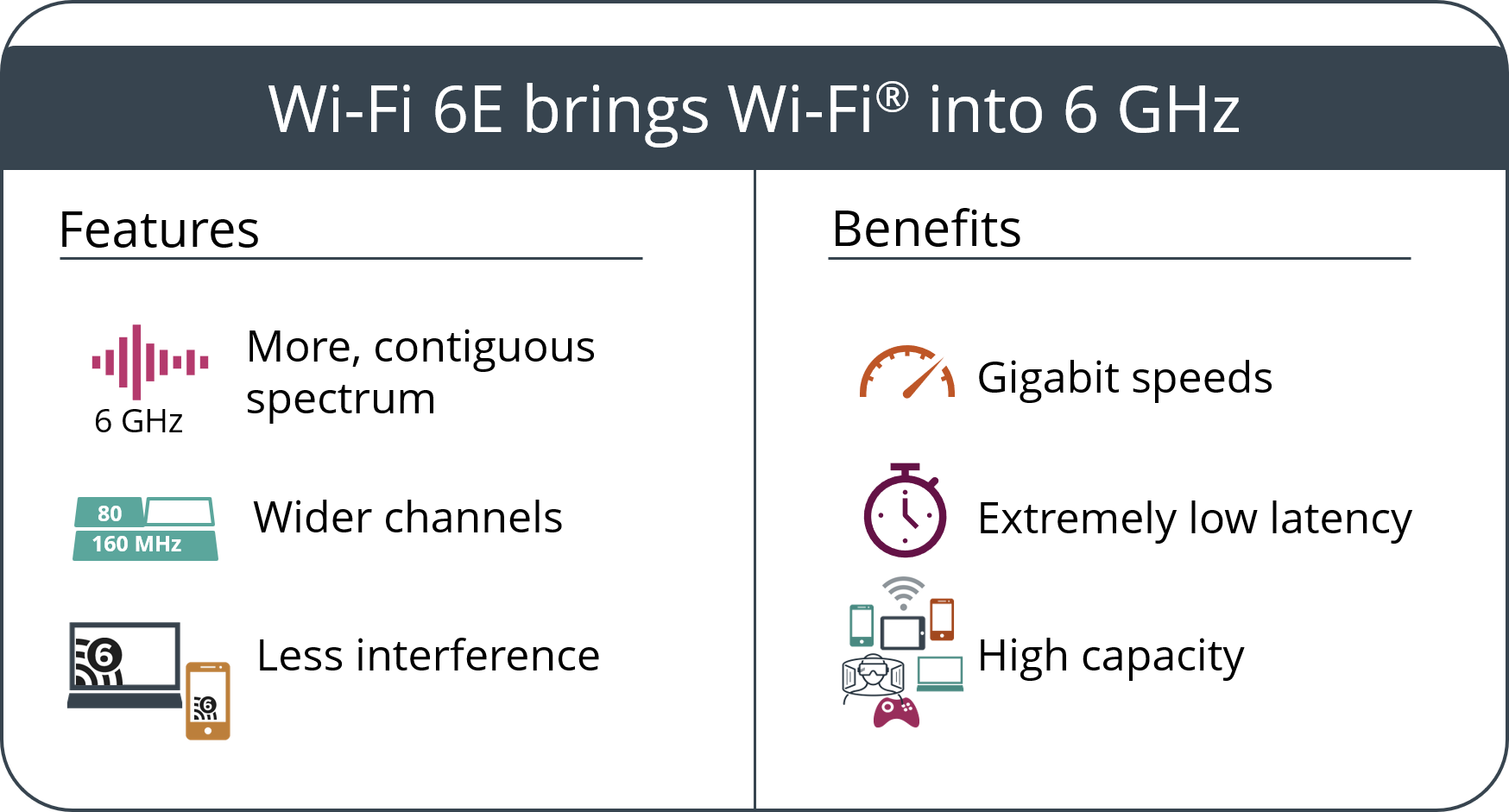 Based on the bandwidth and security advantages offered by Wi-Fi 6E, the 6GHz band in Wi-Fi 6E will help users access the Internet quickly and easily in crowded places such as sports venues, commercial venues, and apartment complexes.

Essentially, you don’t compete for bandwidth with people nearby (including those who live with you).

But Wi-Fi 6E isn’t without its drawbacks. Perhaps the biggest hurdle is that it will require users to have upgraded, and possibly more expensive, routers.

To take full advantage of it, users will need to have devices that can access their 6GHz band, which aren’t available yet.

Similarly, Wi-Fi 6E has a good signal in the same space, but once separated by a wall or two, the effect can be greatly reduced.

So you may need to use a Wi-Fi extender or repeater in your home or other building.