Up to 54% Performance Loss for AMD Processor Vulnerability Patching!

Up to 54% Performance Loss for AMD Processor Vulnerability Patching! but only 1.5% on average.

In recent years, the two major security vulnerabilities, Meltdown and Spectre, have not only impacted the entire CPU processor industry, but especially the Spectre vulnerability. There are many versions and new variants are constantly appearing.

Recently, researchers from Intel and Dutch University have discovered a Spectre V2 ghost vulnerability version, which is a branch history injection (BHI) that can bypass some patches.

According to the actual measurement, the performance of Intel processors will lose up to 35% after the corresponding patches are applied. 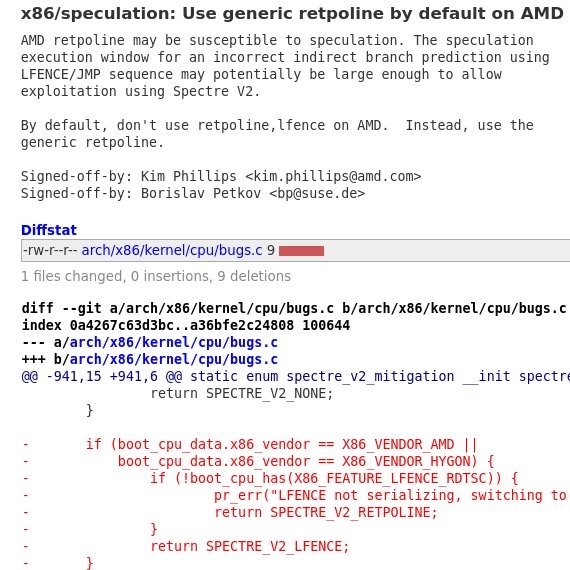 Intel research found that the patch for AMD processors was flawed, and the latter’s repair method also changed from LEFENCE/JMP to regular Retpoline, which inevitably affected performance.

Phoronix conducted a comparison of the performance of the Ryzen 9 5950X, Ryzen 9 5900HX, and AMD EPYC 7F23 before and after the patch under Linux, all based on the Zen3 architecture, which are used for desktops, notebooks, and servers respectively. 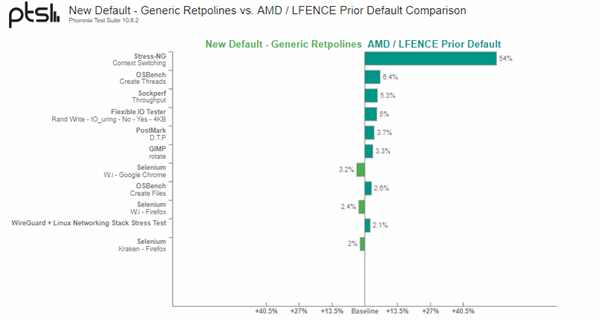 After the Ryzen 9 5950X was patched, the test performance of Stess-NG (Context Switching) dropped by as much as 54%, and it was directly cut in half, but fortunately, other projects have little impact, at most 6.4%, and the average is still Less than 1.5%, and even three items rose instead of falling. 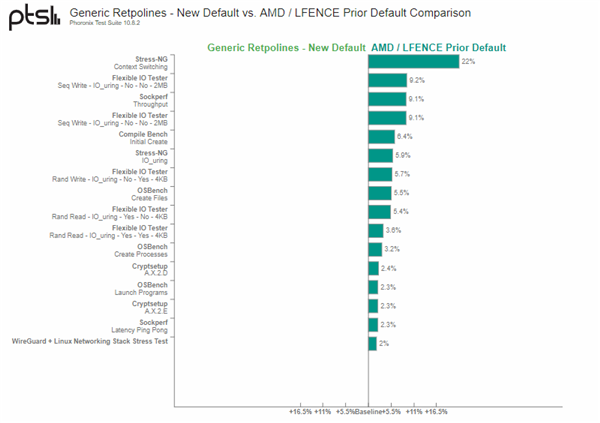 The Ryzen 9 5900HX is also the most affected by the Stress-NG (Context Switching) project, with a loss of 22% , and three other projects exceed 9%. 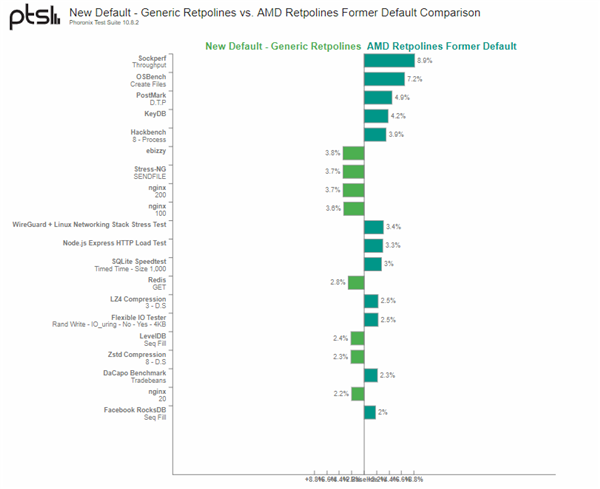 AMD EPYC 7F23 is in the best situation, Stress-NG (Context Switching) has only dropped by 8.9%, and as many as 8 projects have better performance, with a maximum increase of nearly 4%.