A report in June 2021 pointed out that since 2004, U.S. personnel have observed 144 “unidentified aerial phenomena”, of which more than 80 have been observed by multiple sensors. According to observers, 18 flight patterns or characteristics were abnormal.

In the past few decades, the United States has been working to covertly investigate UFO incidents.

It is said that it started in the 1930s and has a research history of more than 80 years.

In 2017, Lue Elizondo, a senior Pentagon staffer, was credited with helping leak to The New York Times that U.S. fighter jets were moving at breakneck speed and agility near aircraft carriers off the east and west coasts in 2004 and 2015. Rise to fame with extraordinary videos of UFOs (tic-tac).

Elizondo ran a secretive government UFO surveillance program until 2017, but left the $22 million government program after what he called excessive secrecy and internal opposition to the program.

He later said he quit the Pentagon and helped leak the “tic-tac” video because his military bosses refused to acknowledge his serious security concerns about the powerful “aircraft” that violated U.S. airspace.

Elizondo said in a report detailing 144 incidents to Congress last June that this was just the tip of the iceberg and it was important to consider all possibilities, including extraterrestrial or interdimensional origins. “It could involve outer space, interstellar space, or space in between, which is why we always say put all options on the table,” he said on Fox News last June. 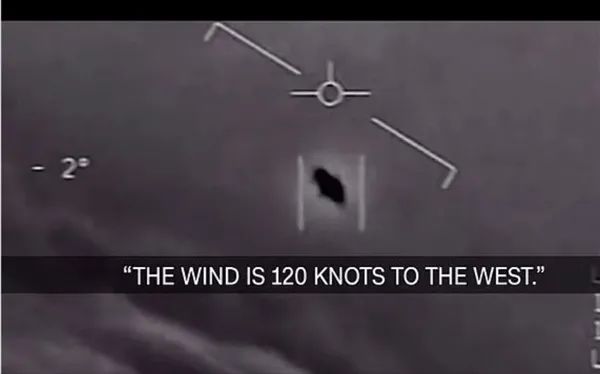 “The more we learn about this remarkable universe we live in, the more we realize that our current understanding of the structure of the universe is constantly changing and evolving as we gain new information and knowledge,” Elie said. Sando added.

He said: “People are starting to speculate that it’s from the Pleiades or something like that, when in fact one of my assumptions at AATIP (Aerospace Threat Identification Program, now defunct) was that it might be as natural for Earth as it is for us. , but we are at a stage where the technology is not advanced enough that we can gather information about it and start trying to figure out what it is.

There is another hypothesis that these things may come from underwater, although it seems strange, But there is some anecdotal evidence to support all of these observations, so what we want to do is get as much data as possible before we start eliminating.”

In 2021, the Pew Research Center surveyed more than 10,000 Americans and found that 65% of Americans believe in the existence of aliens, and 87% of them do not agree that aliens will threaten the survival of mankind.

It is also justified to believe in the existence of aliens, because astronomers have discovered more and more “super-Earths”, these “super-Earths” are very suitable for the reproduction and development of life, and their superior environment can even compete with the earth , Now the most controversial is whether the UFOs that frequently appear on Earth are alien technology.

Some scientists have put forward a new view. Those UFOs on the earth come and go without a trace. They may be future humans who travel through time and space.

According to his thinking, these UFOs are our descendants and descendants from the future world. Traveling to the modern age is like a costume drama, a time-travel.

Some scientists believe that UFOs may be related to the phenomenon of mirages and optical illusions. As you all know, mirages, an object that should not exist here appears in this location.