Last week, before the Ubuntu 22.10 feature freeze, the webp-pixbuf-loader library was upgraded to the main archive . 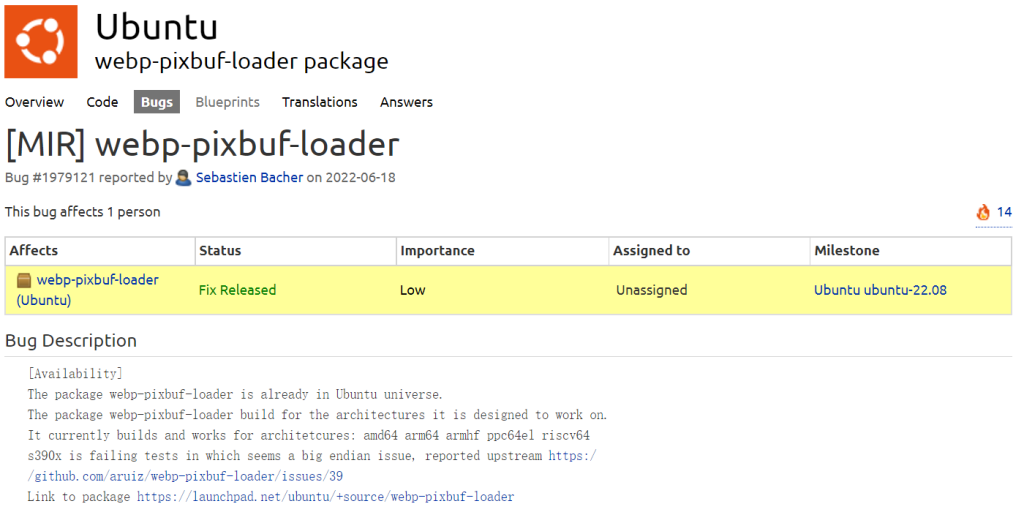 This means that users don’t need to install additional third-party libraries to get WebP image support out of the box in Ubuntu 22.10 .

WebP is a popular image format developed by Google that supports lossy and lossless compression and can handle animations.

WebP is based on the intra-coding of the VP8 video format.

For lossless compression, WebP compression is generally smaller in file size than PNG and JPEG , and is widely supported by web browsers and other software.

As for the long-term support release Ubuntu 22.04 LTS , it does not currently support WebP image files by default .

webp-pixbuf-loader is the leading solution for the GdkPixbuf loader to support the WebP image file format.