Ubuntu 22.10 (codenamed “Kinetic Kudu”) is the next version of the system in development by Canonical.

At the beginning of this month , Ubuntu core developer Jeremy Bicha proposed to use Text Editor as the system default text editor, replacing Gedit that has been used for many years.

In less than a month now, the development team has completed the relevant work.

Text Editor is a GTK4 application that has been part of the GNOME core application collection since GNOME 42 was released in March.

The package name of this new application is gnome-text-editor, and it replaces geditthe .

The latter Gedit was built into the system in the first Ubuntu version released in 2004 and has been in use for 18 years.

Now Gedit will be replaced by a new version of the text editor Text Editor.

The most distinctive feature of Gedit is that it has a flexible plugin system that allows users to add new features as needed.

However, the text editor has also occurred in 2017 without developer maintenance.

And Gedit’s most popular plugins are built into Text Editor.

It can be said that the advantages are more obvious. 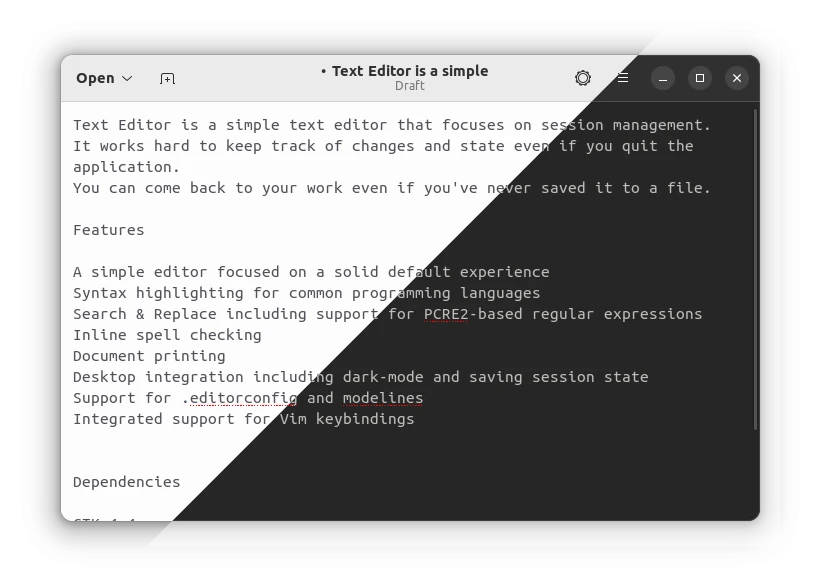 Users who are interested in Text Editor can now also install it in Ubuntu 22.04 to experience the new version of the text editor in advance.

The installation method is also very simple, just run the following command in the terminal:

It should be noted that after installation you will see two text editor applications, and both appear as “Text Editor”, but the two icons are different.

For Gedit users who upgrade to Ubuntu 22.10 in the future, you don’t need to worry too much, you apt install geditcan .

Ubuntu 22.10 is currently under active development.

According to the official development progress, Ubuntu 22.10 will be released on October 20 this year.