In order to increase the capacity of mechanical hard disks, Seagate, Western Digital, Toshiba and other manufacturers have made great efforts in these years and proposed various new storage technologies.

Toshiba has been committed to the research and development of MAMR (Microwave Assisted Magnetic Recording) technology.

Last year, it began to ship 18TB hard drives based on FC-MAMR technology, including the mainstream X300 series and the N300 series for NAS network storage.

Recording, the storage density is 1.5Tb per square inch, and the single disc capacity is 2TB.

On the basis of FC-MAMR, MAS-MAMR further improves the storage density by partially exposing microwaves to the storage medium. 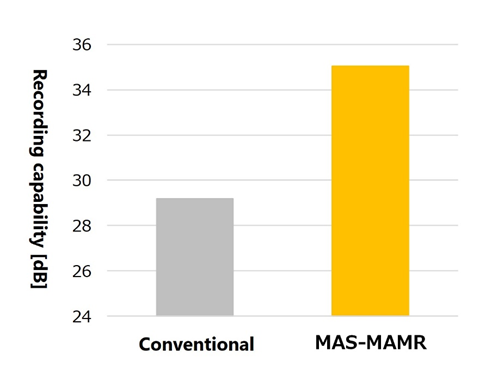 Toshiba said that the MAS-MAMR technology can achieve a mechanical hard drive with a capacity of 30TB , but did not disclose the specific storage density and when it will be commercially available.