On June 10, after updating the design of the official website, TIOBE brought a new month’s list of programming languages.

C++ is about to surpass Java

In the latest June list, TIOBE officially used “C++ is about to surpass Java” as the title, highlighting the biggest change.

A few years ago, when we were talking about Java, we often used ivy to describe it, but occasionally there were some doubts about “Java is old and can’t eat”.

However, with the passage of time, such doubts gradually turned into affirmations.

According to the list of TIOBE over the years, in April 2020, Java is still the first in the TIOBE index.

However, in the same month, Java’s first throne was occupied by C.

Later, in 2021, Python is unstoppable under the big boat of artificial intelligence, and it also surpasses Java.

Last month, TIOBE CEO Paul Jansen predicted that C++ will be the next language to surpass Java.

As for why C++ is so popular, Paul Jansen also conducted a preliminary analysis, saying, ” High-level programming with high performance is the key reason why C++ performs well.

The C++ language is revised every 3 years, and such revisions include groundbreaking New features that bring the language on par with C# and Java, but without the performance penalty of the garbage collector.

Let’s see where C++ goes in the coming months.” 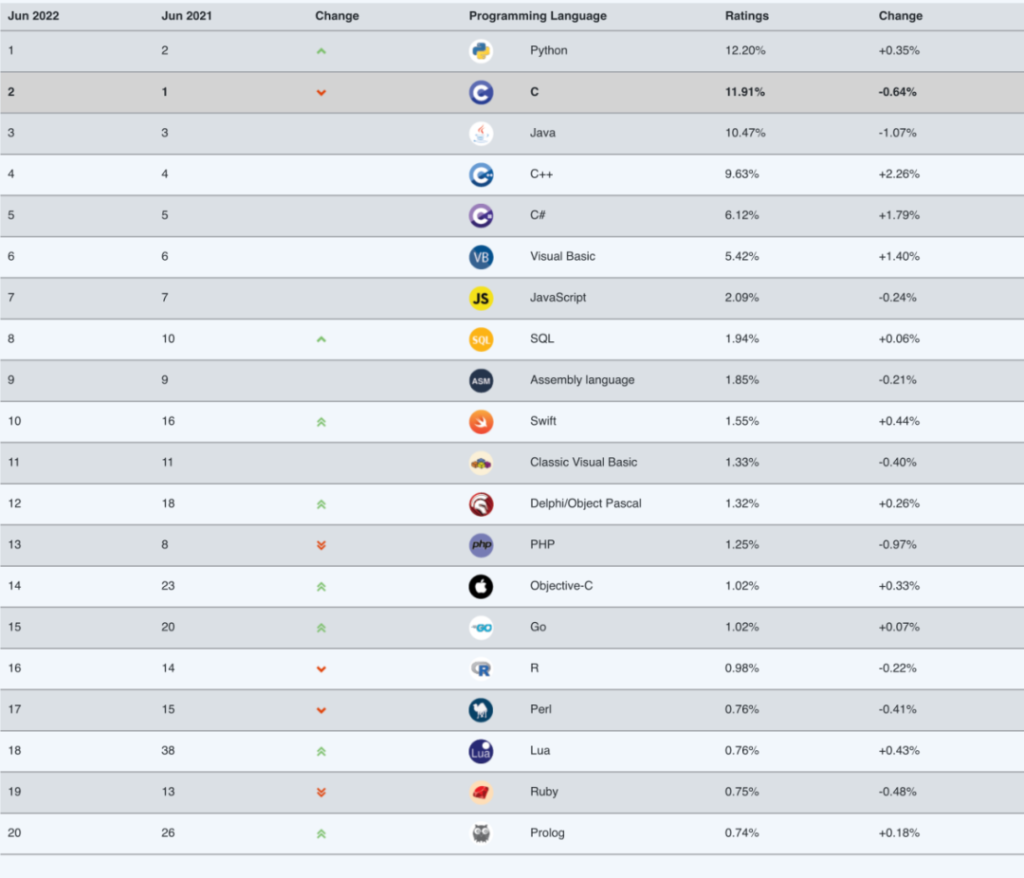 Ranking of other programming languages

The full list of 21-50 names is below, there may be omissions as they are unofficial releases: 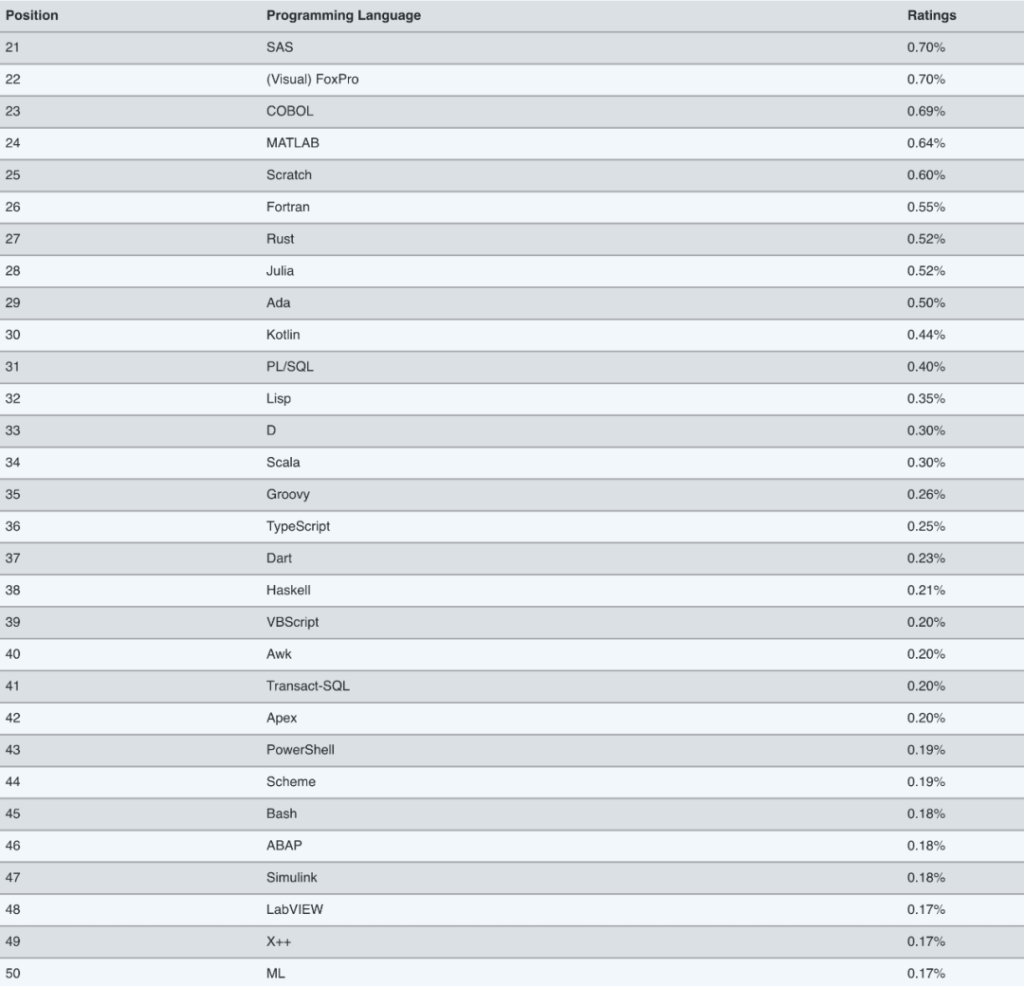 Numbers 51-100 are as follows, listed only in text (in alphabetical order) due to the small numerical differences between them:

Note: The following rankings are based on 12-month averages. 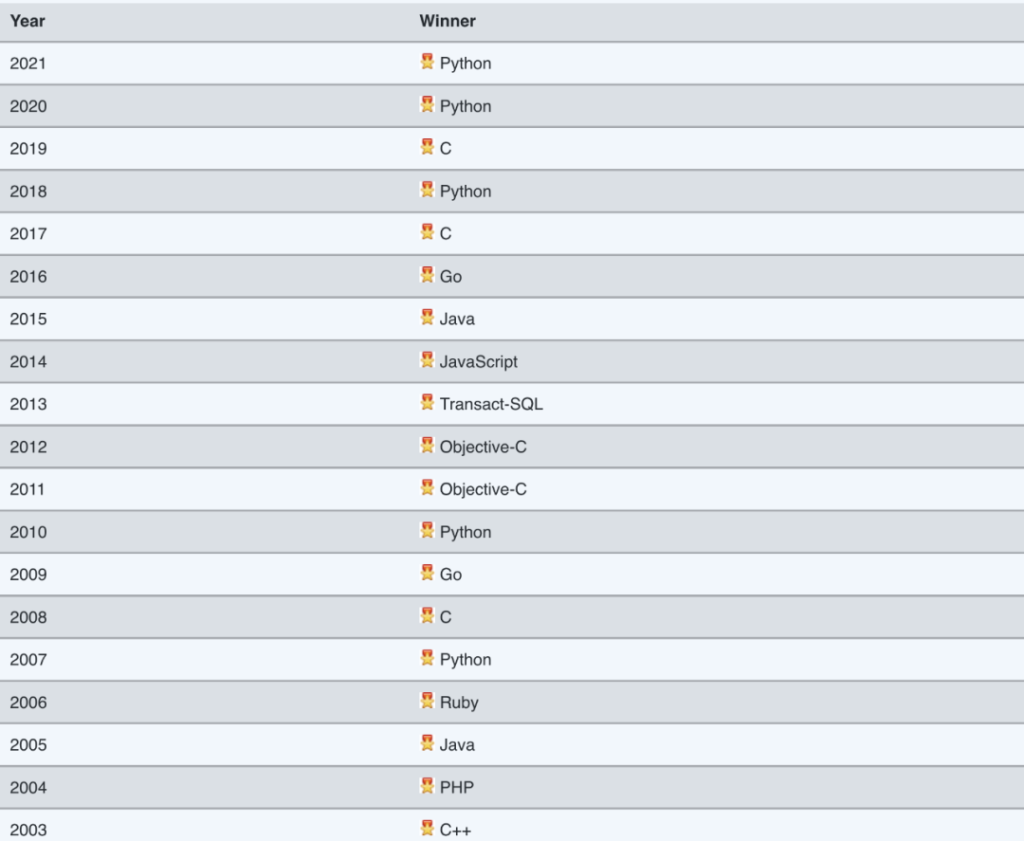 The TIOBE Programming Language Community Ranking is an indicator of programming language trends and is updated monthly.

The ranking is based on the number of technical engineers, courses, and third-party vendors worldwide, including popular search engines and technical communities such as Google, Baidu, Wikipedia, CSDN, Bing, Hao 123, etc.

This leaderboard can be used to see if your programming skills are up to date, or as a language choice when developing a new system.