Linux 5.18 has reached end of life and is marked EOL on kernel.org , which means there will be no more bug fixes and security patches for this release. 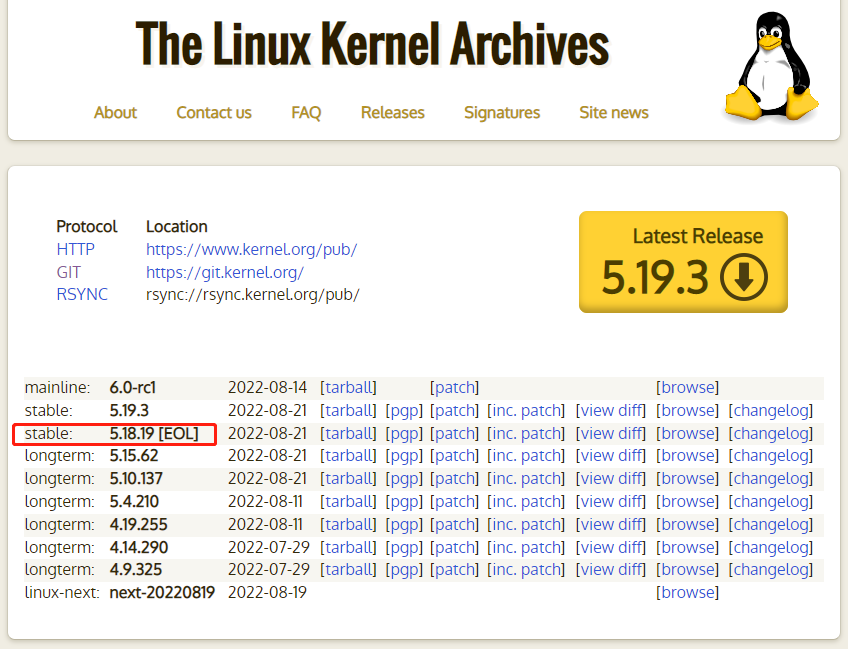 Released at the end of May 2022, Linux 5.18 is a non-LTS release with only three months of support and is retired after 19 releases have been maintained.

Users who still want to stay on version 5.17 are advised to update to the aforementioned 5.18.19 version, but the official recommendation is to upgrade to the latest stable version: Linux 5.19 .

The Linux 5.19 kernel series has been updated to version 5.19.3, bringing a host of new features such as:

But 5.19 is also a non-LTS version, which will be EOL in late October 2022. If you don’t want to change the version frequently, you can choose the Linux 5.15 LTS version.