Netizens have endless requirements for network speed. At present, computers are equipped with 1Gbe gigabit NICs as standard.

In recent years, 2.5Gbe NICs have also become popular, and 10Gbe 10G NICs have appeared on a few high-end platforms.

For those who wish to expand the network capabilities of their current equipment, Innodisk has launched the world’s first M.2 10 Gigabit Ethernet expansion card, 10 times faster than the current Gigabit Ethernet.

This 10 Gigabit LAN expansion card is the smallest 10GbE expansion solution with low latency and lowest power, it is also 10 times faster than Gigabit Ethernet, and has flexible integration and excellent integration with existing network infrastructure Compatibility, can be backward compatible.

Innodisk said the new M.2 10GbE network expansion card has been launched in mass production, but did not announce the price. 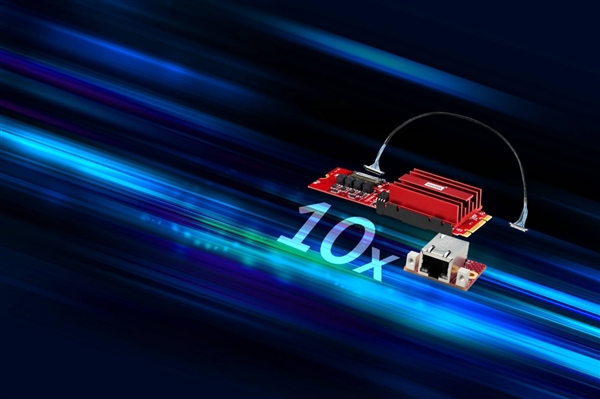