However, Sapphire Rapids has been bouncing tickets endlessly, which has seriously affected the follow-up plan.

PCIe 6.0 was just officially released at the beginning of this year, CXL 3.0 was completed in August this year, and Diamond Rapids will arrive in 2025 at the earliest (probably later), that is, it will take at least three years before PCIe 6.0 will land. 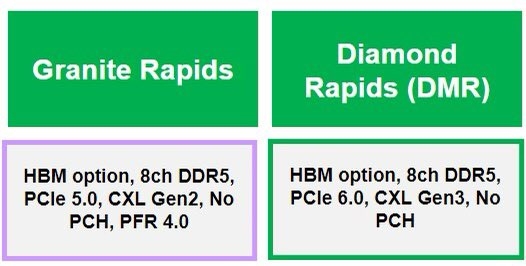 PCIe 6.0 is considered to be the biggest change since the advent of PCIe nearly 20 years ago.

As usual, the bandwidth continues to double, and it can reach 256GB/s in both directions at full x16 speed.

At the same time, the pulse amplitude modulation signaling is changed from NRZ to PAM4, supplemented by FEC forward correction.