The Linux Subsystem for Windows Introduces the Latest Version of Ubuntu

The Linux Subsystem for Windows Introduces the Latest Version of Ubuntu.

In a blog post, Canonical announced the release of the Ubuntu Preview build on the Windows Subsystem for Linux (WSL).

Ubuntu Preview is based on the latest Ubuntu 22.10 “Kinetic Kudu” daily build, which is new but not stable.

Ubuntu has long been a Linux Subsystem for Windows partner, and if you use vanilla Windows 11, wsl –install installs by default Canonical’s Linux distribution.

Of course, users can also choose other distributions – such as OpenSUSE and Debian, Alma Linux, but these systems need to be specified manually, while Ubuntu is already simple enough to be up and running directly from the Microsoft Store and Ubuntu Preview. 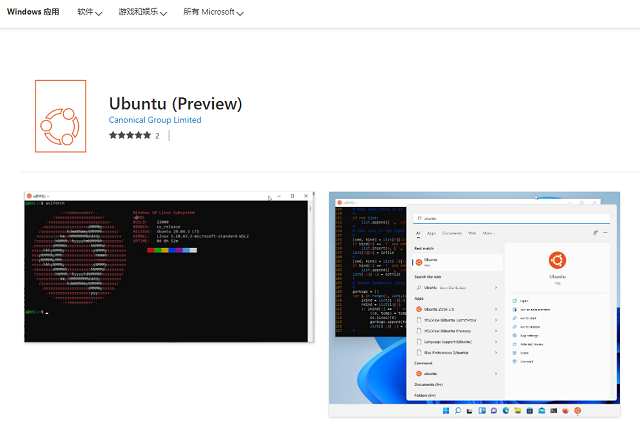 This time, Canonical is providing the latest Ubuntu daily build (based on Ubuntu 22.10 Kinetic Kudu) into WSL with a relatively user-friendly interface.

The Ubuntu 22.10 “Kinetic Kudu” stable version will be released in mid-October this year and is still under development. That said, the daily builds based on Ubuntu 22.10 in WSL will have the latest cutting-edge features, but also an untested, production-ready build.

Canonical also stated bluntly in the announcement: “It is not recommended for production development. It may be unstable and will have bugs.”