It can already be defeated by the flagship i9-11900KF of the previous generation, and the price and power consumption are much lower.

It has been exposed many times before and easily overturned the Ryzen 5 5600X.

Overseas netizen @chi11eddog exposed a set of benchmarks and game results of i5-12400, and confirmed that its all-core acceleration frequency is 4.0GHz, and the maximum acceleration power consumption is 117W. 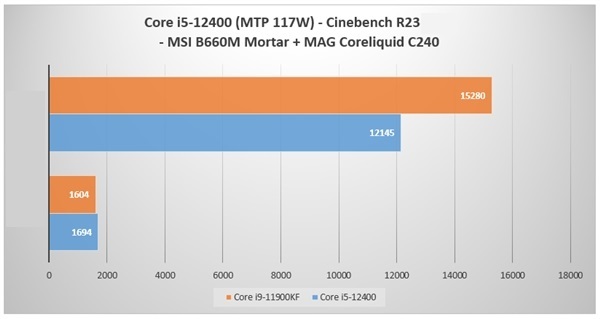 However, some negative comments: