Suspected to be recruited by Apple: PlayCover author deleted the library and ran away

Suspected to be recruited by Apple: PlayCover author deleted the library and ran away.

PlayCover is an open source tool that enables any iOS app to run on the M1 Mac.

The source code is hosted on GitHub . But on Sunday, V2EX user @ dingwen07 posted that the repository suddenly had a 404, and the suspected author deleted the repository. 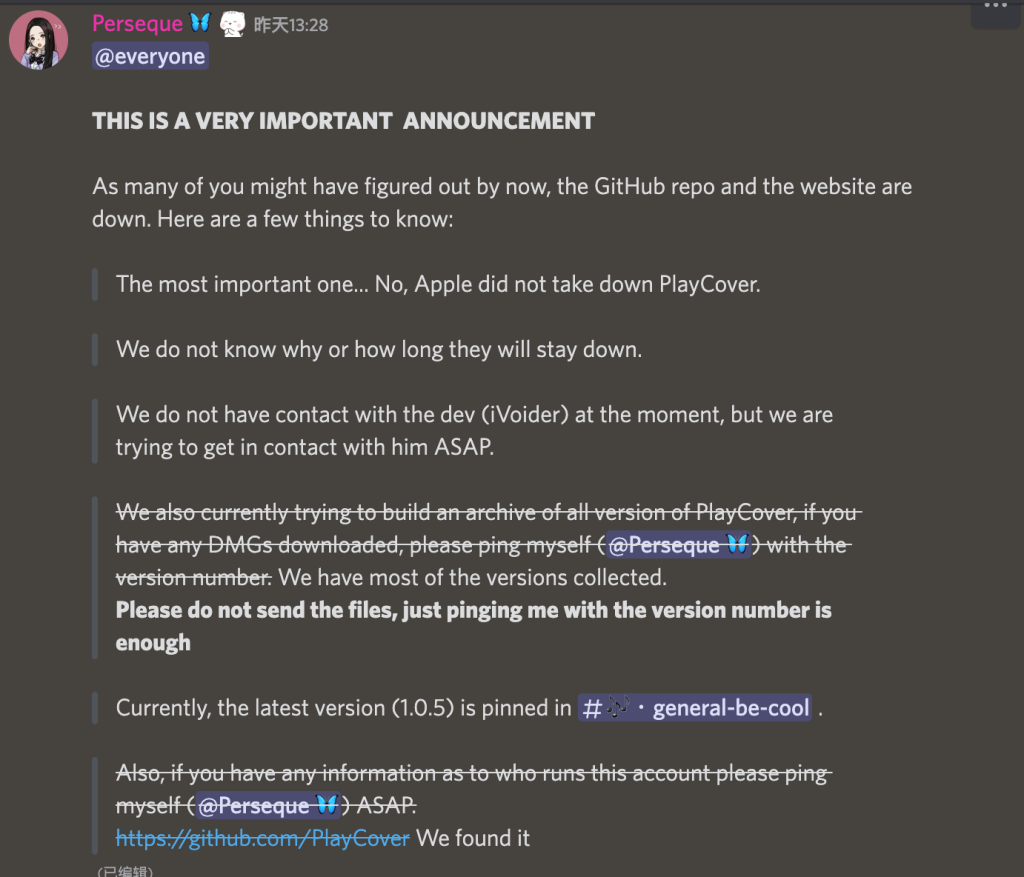 Because the author lost contact, there are currently different opinions about the reason for deleting the library.

Some netizens believe that this is Apple’s pressure on the author, or the author has been recruited (joined the company or acquired the software).

Another netizen broke the news: “Because someone took the source code and compiled it and put it on the App Store for a fee, the author removed the code from Github.”

But the specific reason has not yet been determined.

There are developers who have Fork the project on GitHub, saying that “the original project became non-free and non-open source, so Fork a community version .” 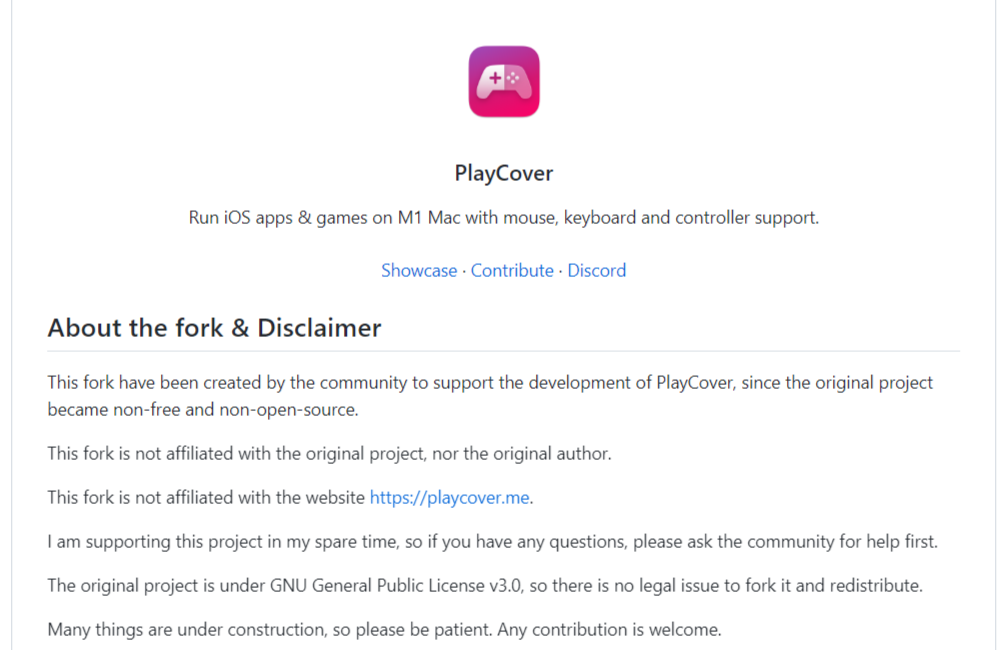 In addition, there is the latest PlayCover 1.0.5 version of DMG in the Discord community .

Some users have downloaded 1.0.5 in the community.

This version can run and has more subscription functions . It is not clear whether it was added by the original author.