SSD prices are expected to fall 35% due to flash memory oversupply.

SSD prices are likely to fall.

The latest survey from the research firm TrendForce pointed out that in the second half of the third quarter, the peak season was not prosperous.

Under the heavy inventory pressure, the NAND Flash market transaction was very negative, and the contract price was estimated to drop from the original 15~20%. , expanded to an astonishing 30-35%.

In the next fourth quarter, prices are facing the possibility of further collapse.

Pellet factories are now adopting a strategy of ensuring market share regardless of cost, and may continue to drop by 20%.

Even looking at 2023, the attitude of various consumer brand manufacturers is conservative, and the situation is likely to be difficult to improve. 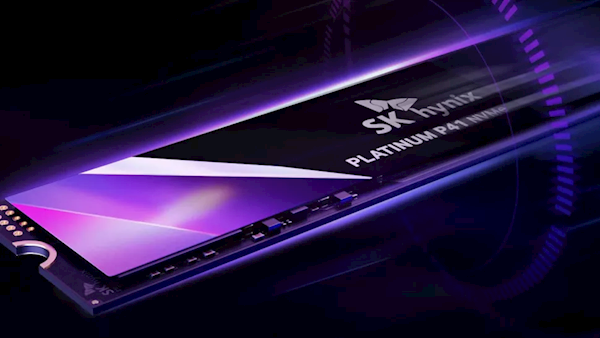 As the most important part of the cost of SSD, the inadequacy of flash memory will soon be passed on to the finished SSD market, causing a situation of equal decline.

From this point of view, as a waiting party, it should taste the sweetness.

The price monitoring of the Samsung 970 EVO solid state drive (1TB M.2) in overseas markets shows that the price has been falling since January this year, and it has now reached the level of $99.99.

It’s more than half cheaper than at the beginning of the year. 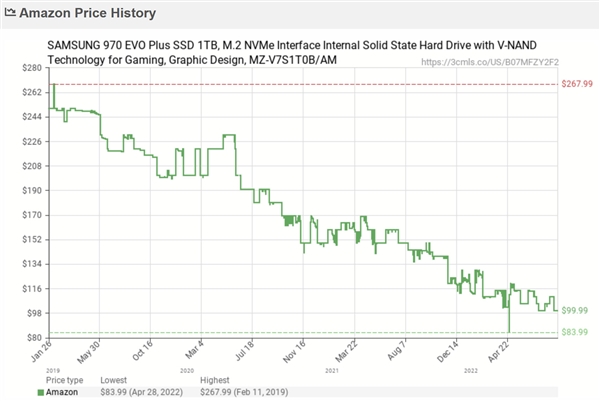