You can get almost all configuration with these Router Software/OS, but you should learn related knowledge first.

ClearOS is a gateway and web server based on CentOS and Red Hat Enterprise Linux, mainly for small and medium enterprises and distributed environments. 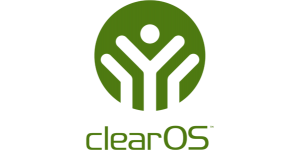 ClearOS is an excellent soft routing system, with most of the functions of existing routing systems, such as DHCP, port forwarding, firewall, etc. At the same time, because it is based on Red Hat, it can provide good function extension support.

RouterOS is probably the most thoroughly researched in the world.

The disadvantage is that the interface is complicated and its configuration can be a homework in the university.

It is very popular in the West and Southeast Asia, and various technical discussion forums are also extremely popular. It’s a bit of a bullshit that the configuration is complicated.

In general, it is a good product and works well for broadband-operated networks such as Internet cafes and residential broadband.

The disadvantage is that there is no online behavior management functions such as web filtering and application filtering, only the basic firewall module. It can also limit the speed, and the routing function and VPN are very stable.

Once the network management is mastered, it is also a weapon.

ClearOS is developed and supported by ClearFoundation. It is open source and free.

Users can download and use it for free from its official website; if it is used for commercial purposes, ClearCenter reserves the right to charge.

ClearOS Enterprise is based on ClearOS Core, which is a transformation of Red Hat Enterprise Linux.

The distribution is flexible and contains a large number of components and integrated services, which can be configured through a web-based interface.

ClearOS includes an electronic distribution center to simplify the installation of software including third-party modules.

The distribution is available as a free download, and you can get updates to the basic operating system as long as you register for free.

pfSense is that the routing and firewall functions are relatively powerful, and it integrates modules such as intrusion detection and vulnerability scanning.

Of course, the basic functions of routing and speed limit are proper.

The disadvantage is that the Internet behavior management function is relatively weak, and application filtering and URL library filtering cannot be performed.

As we all know, the interface of foreign software is very complicated.

In addition, PFsense also has paid training and services, and you can also buy their hardware directly at a moderate price.

The product is also open source, and the source code is open. pfSense team relies on paid services and hardware, but they don’t have strict  licenseand functional  restrictions.

This is a global product, a big manufacturer, and a big brand. The home version is free and supports 50 users.

The routing, VPN, and firewall modules, especially the defense function and gateway antivirus are well done.

There are also protocol filtering modules and URL library filtering.

Both software and hardware can be provided. The advantage lies in antivirus and firewall.

The old security manufacturers in Europe don’t need to think about the price, not in the sky but also in the cloud.

Vyatta is a routing system that can help companies quickly set up routing.

Vyatta’s software is based on code developed using the Extensible Open Routing Platform (XORP), which has been an open source router software project since 2002.

Users can build a Vyatta router by downloading a CD image from the company’s website and installing it on PC hardware.

Vyatta has been working with partners such as Sangoma, which manufactures T-1 and T-3 WAN interface cards for x86 PC systems.

DD-WRT is a Linux-based wireless routing software, released based on GPLV2. DD-WRT originated in 2003.

DD-WRT is a non-commercial third-party firmware that can be used in some wireless routers.

It is powerful and can provide many functions that the “original” router does not support, such as adjusting the wireless transmit power.

The DD-WRT firmware is maintained by BrainSlayer and placed on dd-wrt.com.

From the first version to the V22 version, they were developed based on Alchemy of Sveasoft Inc.

Alchemy was based on the Linksys firmware released under GPL and many other open source programs.

Since people need to pay \$20 to Sveasoft to download the Alchemy firmware, DD-WRT starting from V23 is almost completely rewritten, and the linux core part is based on the OpenWrt core.

OpenWrt is a Linux distribution suitable for embedded devices.

Compared with the original firmware, OpenWrt is not a single, static firmware, but provides a writable file system to which software packages can be added.

This allows users to freely choose applications and configurations without being restricted by the equipment provider, and can customize your equipment with software packages suitable for certain applications.

For developers, OpenWrt is a framework.

Developers don’t have to bother to build the entire firmware to get the applications they want; for users, this means the ability to fully customize and use the device in a different way from the past, OPKG Contains more than 3500 software.

LuCI is used as the web interactive interface by default.

OpenWrt has another fork project called LEDE. The two were merged in January 2018.

The merged project uses the name of OpenWrt and the source code of LEDE.