Although the performance of Qualcomm Snapdragon 888 is very strong, but the huge heat generation makes many mobile phone manufacturers express “helpless”, even if the strategy of frequency reduction is adopted, they still have a little regret.

Because of this, everyone expects that the successor of Snapdragon 888, Snapdragon 898, can improve the heat problem through Samsung’s 4nm process.

A few days ago, Snapdragon 898’s first running point appeared on the Geekbench platform. Information shows that the new flagship model that has not yet launched vivo is equipped with this processor.

According to the Geekbench running points, the vivo flagship single-core run with the Snapdragon 898 processor scored 720 points, and the multi-core run scored 1919 points. 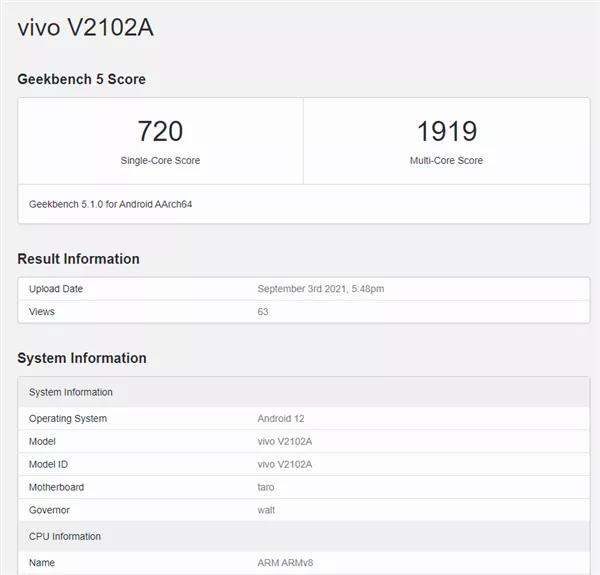 It should be noted that the current running score version is the same low-frequency version as the original sm8350 (Snapdragon 888).

It is worth mentioning that before, Chen Jin, general manager of Lenovo’s mobile phone business in China, said that the savior gaming phone 3 Pro will be equipped with Qualcomm SM8450 (Snapdragon 898) processor, and will maintain the industry’s top tuning capabilities. The performance ceiling of the SM8450 is still us.

According to the practice of Qualcomm’s conference, the Snapdragon 898 is expected to be unveiled in Q4 this year. In addition, it is reported that the first model is still the flagship of the Xiaomi 12 digital series, but now the running score is “exposed” in advance. The new flagship of vivo will also use the Snapdragon 898. , So who can grab the starter? It is worth looking forward to.