At the Intel Innovation Conference, many partners also came to join in.

Among them, SK Hynix showed two very special DDR5 memories with capacities of 48GB and 96GB. 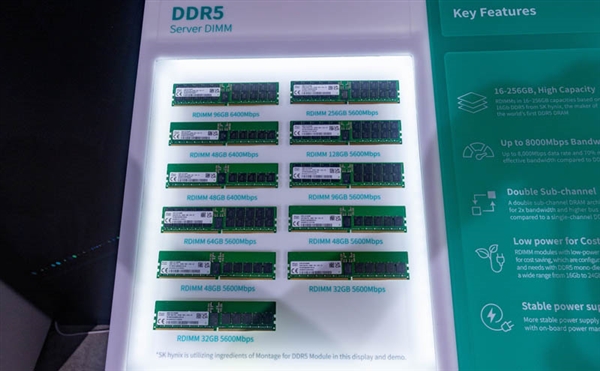 Both memories are RDIMM server specifications, and the frequencies are both 5600MHz and 6400MHz.

In the future, SK Hynix may also add 192GB , two per channel on an eight-channel system, with a total capacity of up to 3TB.

SK Hynix did not explain why it made such a special capacity, maybe because DDR5 memory was relatively expensive in the early stage, and provided an alternative?

In addition, Micron and Samsung are also designing 48GB and 96GB DDR5 memory.

The form of this batch of memory sticks is RDIMM (registered dual-line memory module), which is server level, with a starting capacity of 32GB and a maximum of 256GB.

If it is a product that is full of 256GB on a single-socket platform, then there is no pressure to rush to 4TB.

It is worth mentioning that the two frequencies are 5600MHz and 6400MHz, which are speculated to be the main compatible operating frequencies of Intel’s new Xeon Scalable Platform (Sapphire Rapids). 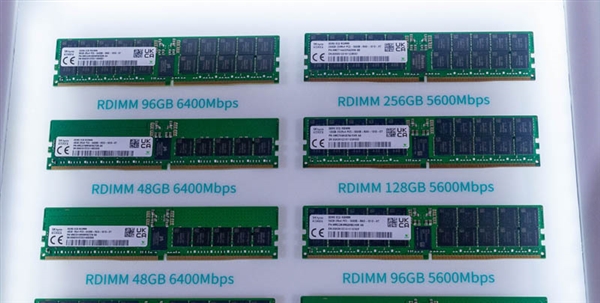 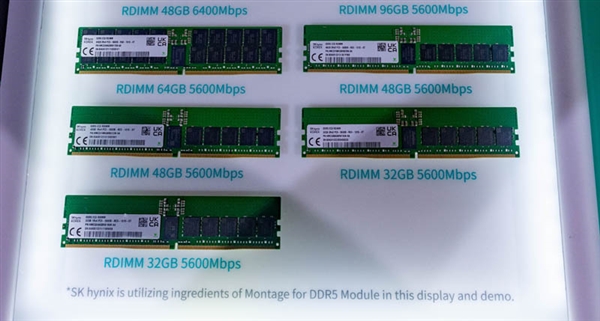