For artificial intelligence systems that need to process and analyze multiple information streams and thousands of hours of video, such a heavy load obviously needs to rely on storage libraries with large-capacity hard drives. 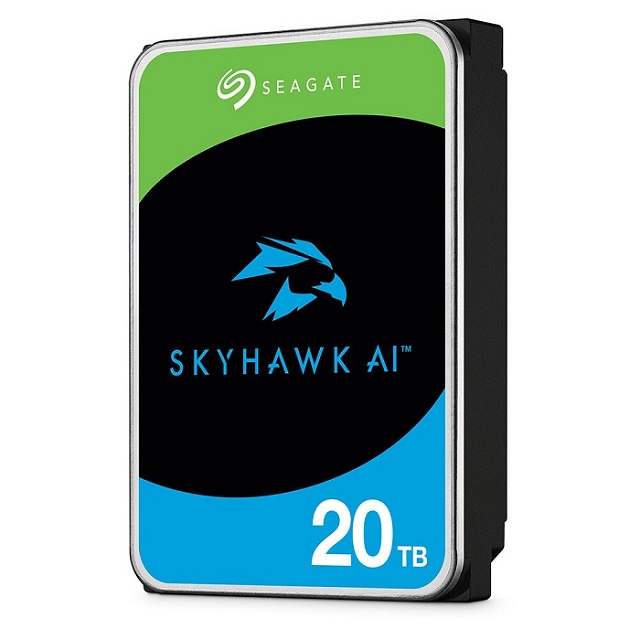 With the latest 20TB SkyHawk AI HDD, Seagate has once again enriched the company’s leading line of video imaging and analysis (VIA) devices.

It can be seen that this series of HDDs are specially designed for artificial intelligence network video recorders (AI NVRs) supporting edge security applications. They can intelligently adapt to the scale of the user’s AI environment and support up to 64 HD video streams and 32 AI streams.

With this ability to support scalable AI workloads, SkyHawk AI is able to meet the growing demand for advanced video imaging and analytics (VIA), supporting analysis and recording of video footage, as well as GPU analytics.

Notably, the drive itself is equipped with ImagePerfect AI firmware for “zero frame drop” and heavy workloads.

At the same time, as an enterprise-class hard drive, the SkyHawk AI 20TB HDD has extremely high reliability, with a mean time between failure (MTBF) of up to 2 million hours and an annual data write capacity of 550 TBW, which is more than three times that of standard VIA hard drives.

Paired with the SkyHawk health management tool, it detects environmental and usage conditions and recommends users to take proactive preventive measures if necessary.

Finally, the SkyHawk AI 20TB mechanical hard drive passed the certification and testing of Seagate VIA partners earlier this year, and will start mass shipments this month, priced at $529.99.

Interested friends can pay attention to the physical objects exhibited at the ISC West in Las Vegas from March 23 to 25, as well as Seagate’s own complete storage product portfolio of video imaging and analysis solutions.