The new UFS 4.0 specification promises to bring the performance of mobile flash media storage up a notch, boosting read speeds to 4200MB/s, or essentially double the currently available UFS 3.1 standard.

At the same time, the write speed has increased from 1200MB/s to 2800MB/s, which Samsung says will actually perform 1.6 times that of the previous generation.

It’s important to note that the read and write performance numbers referred to here are for sequential transfers, so random reads and writes may be slower. 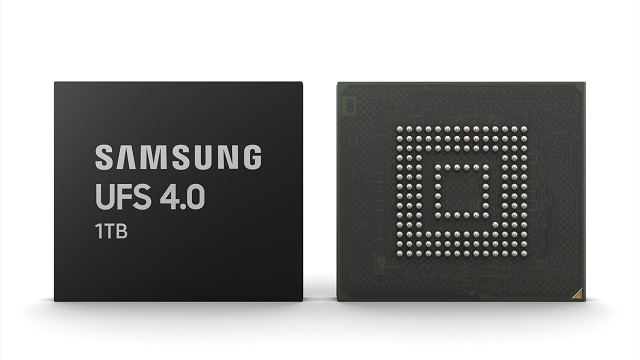 Samsung was able to achieve this massive speed boost thanks to UFS 4.0’s 23.2Gbps channel transfer rate paired with seventh-generation V-NAND (vertical NAND) flash memory technology, which consists of up to 176 layers.

In terms of capacity, Samsung said that UFS 4.0 will have a version of up to 1TB.

Interestingly, UFS 3.1 has a similar capacity, so it is possible that when the technology matures further, UFS 4.0 may allow for more than 1TB.

But for now, 1TB of super-fast internal storage should be enough, and even the most expensive phones rarely exceed 1TB.

Samsung also says UFS 4.0 uses 46% less power than UFS 3.1 because it can deliver a sequential read speed of 6.0 MB/s per milliampere (mA), which is the best performance of any mobile device today, and all that storage space , performance and power efficiency benefits will be packaged in a compact size of only 11mm x 13mm x 1mm.

In terms of availability, mass production of UFS 4.0 is planned for the third quarter of 2022, which means we could start seeing phones using the standard in late 2022 or early 2023.