Ryzen 9 6900HX: Currently the strongest iGPU but memory bandwidth is still the bottleneck

In fact, when AMD released the Radeon RX 6400 graphics card in April, the first thing I thought of when I saw the specifications of the graphics card was not the RX 6500 XT, which is the same source as it, but the Rembrandt architecture Ryzen 6000 series they released in January.

It is also TSMC’s 6nm process. Although it is not exactly the same, the similarity is very high. 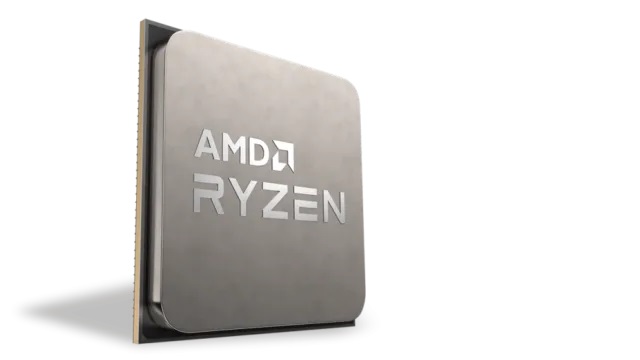 When the RX 6400 was first released, we didn’t have a notebook with a Ryzen 6000 series processor on hand, so unfortunately we didn’t do a comparison test between the Radeon RX 6400 and the Radeon 680M.

Recently, the ROG Ice Blade 6 dual-screen gaming notebook we tested uses the Ryzen 9 6900HX processor, which can be switched to the core display mode, and the power of the core display can run to more than 50W, which is just used for this comparison test.

Of course, the RX 6400 is an independent graphics card. It has its own video memory.

Although there is only 64bit/4GB GDDR6, the memory bandwidth is higher than that of the Radeon 680M as a nuclear display.

The memory bandwidth of the Ryzen 7 5700G in the above table is calculated according to the official DDR4-3200, but it is a retail desktop CPU.

The frequency of the memory is basically determined by the user. If you use 3600MHz memory, the memory bandwidth should be 57.6Gbps.

In terms of multimedia engines, the RX 6400 is really weaker than the Ryzen 7 5700G with Vega core display. It has no video encoding function at all, nor does it support AV1 video decoding.

Although Vega core display does not support AV1 format decoding, but It supports at least H.264 and H.265 encoding functions. As for the Radeon 680M core display, it basically completely inherits the VCN 3.0 video engine of the RX 6000 series, and the encoding and decoding functions are relatively complete.

This test used two sets of platforms, namely the ROG Ice Blade 6 dual-screen gaming notebook equipped with the Ryzen 9 6900HX processor, and our first test platform of the Radeon RX 6400 at that time.

The CPU used the Ryzen 7 5700G for comparison with the previous generation. The performance of the nuclear display, the memory is DDR4-3600 16GB*2.