On this generation of RTX 40 series graphics cards, the importance of DLSS 3.0 has been repeatedly mentioned.

Including the so-called 2~4 times performance improvement of RTX 4090 in NVIDIA’s mouth, it is actually only achieved in games with DLSS 3.0 and high-level light chasing turned on.

Because DLSS relies on deep learning technology, it is not 100% native picture and resolution, and uses “visual deception” to a certain extent, but the advantage is that it reduces GPU overhead and greatly improves frame rate and response speed.

In this regard, Jensen Huang is very insistent on the use of AI technology by RTX 40 series graphics cards.

He emphasized in the media exchange session that the Ada Lovelace architecture is a unity composed of CUDA, Tensor, RT and other units.

Although traditional rendering and rasterization are still realized by CUDA, Tensor and AI technology have become the leveraging performance. huge leverage.

He further pointed out that the pixels generated by DLSS are not out of thin air, but objective.

The basis of its training and learning is 16K resolution ultra-clear images, so the learned pixels are very beautiful, almost native, and can also add better-looking colors .

Jensen Huang went on to say that Ada is not a lone hero, and behind it is a neural network laid by supercomputers. In a nutshell, Ada is Ada itself and the supercomputer we have, which is the magical future of computer graphics. 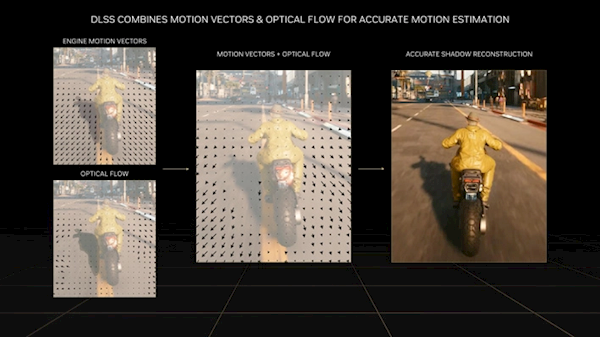