IT House reported on January 9 that the official website of ROG has announced the appearance and parameter information of the new STRIX B660I Gaming Wi-Fi motherboard.

The price and launch date have not yet been announced. 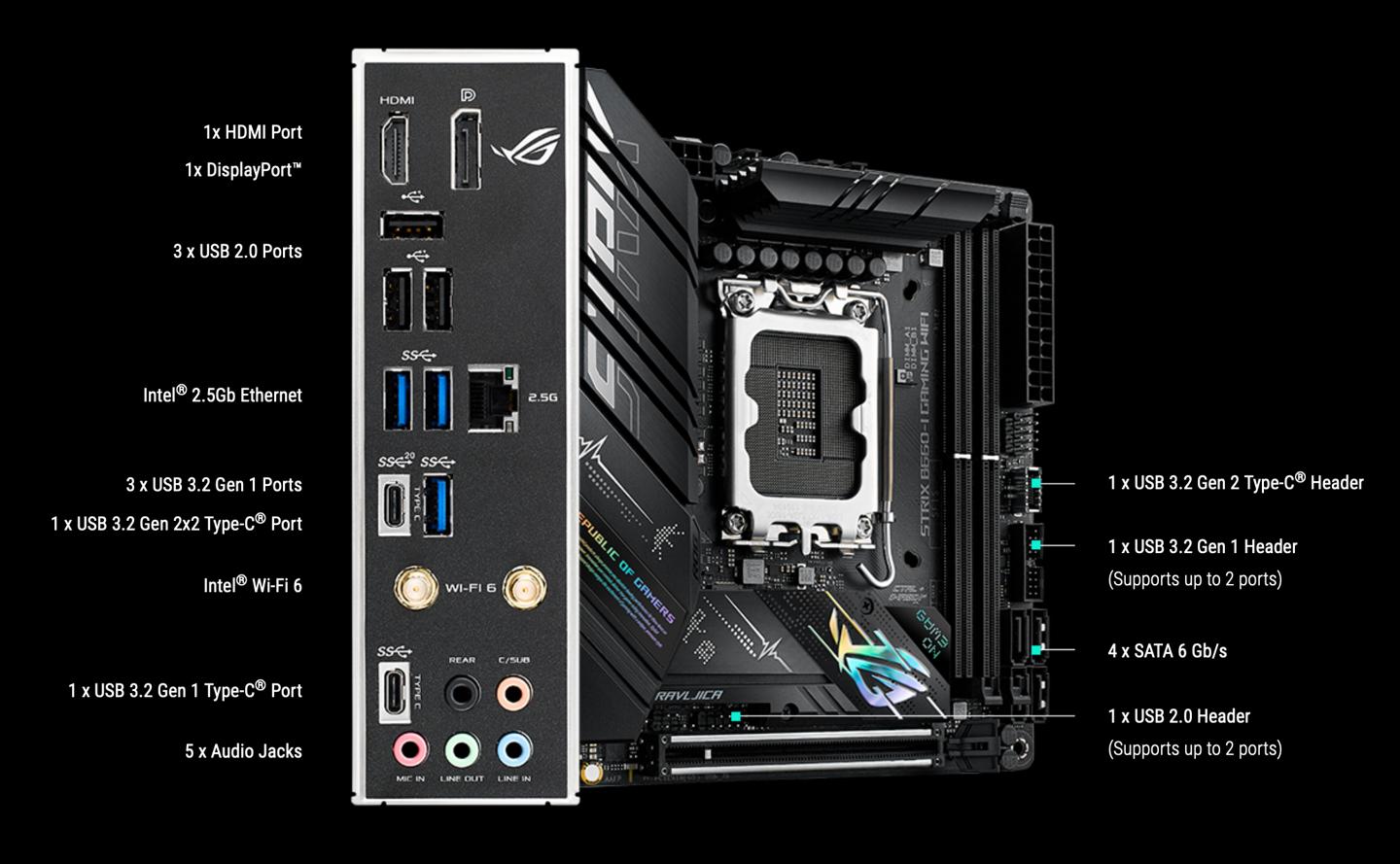 IT House understands that the first batch of B660 ATX and M-ATX motherboards are already on the market.

ASUS has now released four TUF GAMING B660 motherboards, priced from 160 US dollar.

The mainstream model of ASUS TUF GAMING B660M-PLUS D4 Heavy Gunner is priced at 170-190 US dollar.

B660 ITX motherboards are expected to be available soon.