A team of European university students has assembled the first RISC-V supercomputer capable of balancing power consumption and performance.

More importantly, it demonstrates the huge potential of RISC-V in high-performance computing, providing an opportunity for Europe to wean itself off of American chip technology.

Built by people at the University of Bologna and CINECA, Italy’s largest supercomputing center, the device is a six-node cluster designed to showcase various elements of HPC performance in addition to floating-point capabilities.

It can run at about 1.4GHz, and here are the components and speeds of the Monte Cimone: 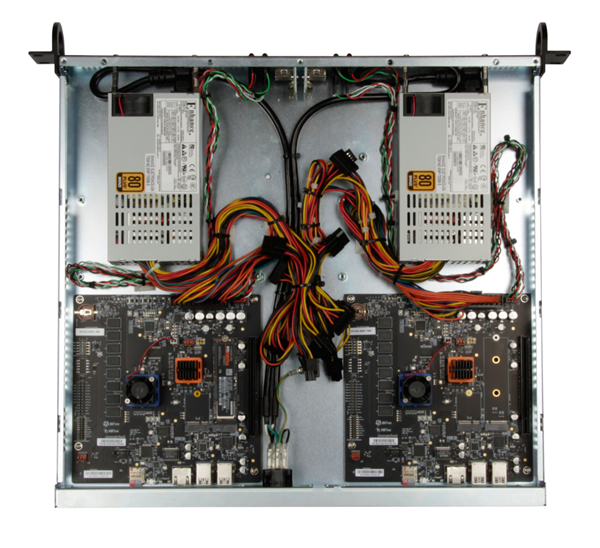 The Freedom SoC board is essentially SiFive’s HiFive Unmatched board.

Two of the six compute nodes are equipped with Infiniband Host Channel Adapters (HCAs), as used by most supercomputers.

The goal is to deploy 56GB/s Infiniband to allow RDMA to achieve I/O performance.

This is ambitious for a young architecture, and not without some hiccups.

“The vendor currently only supports PCIe Gen 3 lanes,” the cluster team wrote. “The first experimental results show that the kernel is able to recognize the device driver and mount a kernel module to manage the Mellanox OFED stack.

We were unable to use all of the RDMA capabilities of HCA due to unidentified software stack and kernel driver incompatibilities.

Nonetheless, we were able to successfully run IB ping tests between two boards and between one board and one HPC server, showing that full Infiniband support is possible.

“The HPC software stack turned out to be easier than one might think.” We ported all the essential services needed to run HPC workloads in production on Monte Cimone, namely NFS, LDAP, and the SLURM job scheduler.

Porting all necessary software packages to RISC-V is relatively straightforward.

This cluster will eventually be the one that will pave the way for further testing of the RISC-V platform itself and its ability to play nicely with other architectures, which is an important element as we are unlikely to see exascale for at least the next few years. RISC-V system.

Now, even Intel is eyeing the future of RISC-V.