Previously, Rambus was the first in the world to release a controller that was fully compliant with PCIe 6.0, supporting all new features.

Renesas said that while PCIe 6.0 bandwidth is improved, clock jitter (ClockJitter) is required not to exceed 100fps RMS, while Renesas RC190xx series clock buffers and RC192xx series multiplexer clock jitter is only 4fps RMS, which is equal to almost no noise. .

At the same time, the input and output delay is 1.4ns, the output and output deviation is 35ps, and the power supply voltage rejection ratio (PSRR) is [email protected], which can ensure sufficient system stability, and supports power outage tolerance (PDT), flexible start sequence (FSS) ) to ensure stability in a system state.

In addition, power consumption is also reduced by 30% compared to the previous generation. 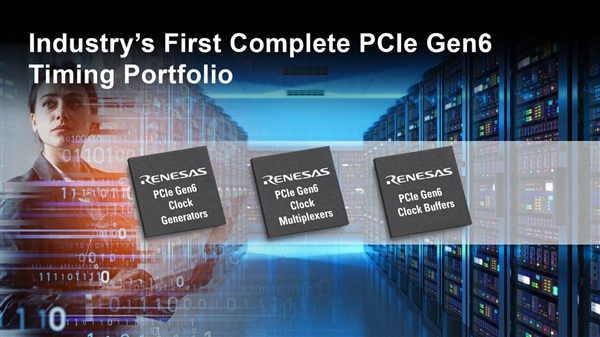