Recently, Sony PS5 quietly appeared a third version, numbered ” CFI-1202 “, not only the motherboard and radiator have changed, but also the SoC processor is not the same.

Both the Xbox Series series and PS5 use semi-custom SoCs designed by AMD, which are based on TSMC‘s 7nm process, Zen2 CPU architecture, and RDNA2 GPU architecture.

The codename on PS5 is “Oberon”. 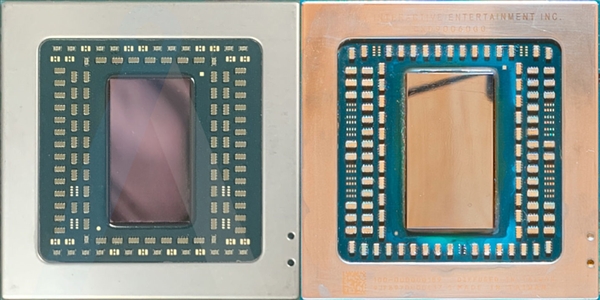 The latest PS5 is replaced with “Oberon Plus”, and the manufacturing process has been upgraded to TSMC 6nm , which is an upgraded version of the original 7nm.

The new process has greatly reduced the SoC area, from the original 300 square millimeters to about 260 square millimeters, which means that more chips can be cut on a single wafer, thereby reducing costs, and it is estimated that it can save about 12%.

In addition, the new process means less heat, so the radiator of the new PS5 is also smaller and lighter, and the motherboard has also been adjusted appropriately.

Not surprisingly, the processor of the Xbox Series series will also be upgraded to the 6nm version in the near future.