In the graphics card market, NVIDIA is far ahead of AMD in both game cards and accelerator cards.

Even the Ampere graphics card A100 released by NVIDIA two years ago has more than double the performance than the Instinct MI250 released by AMD at the end of last year, with obvious advantages. 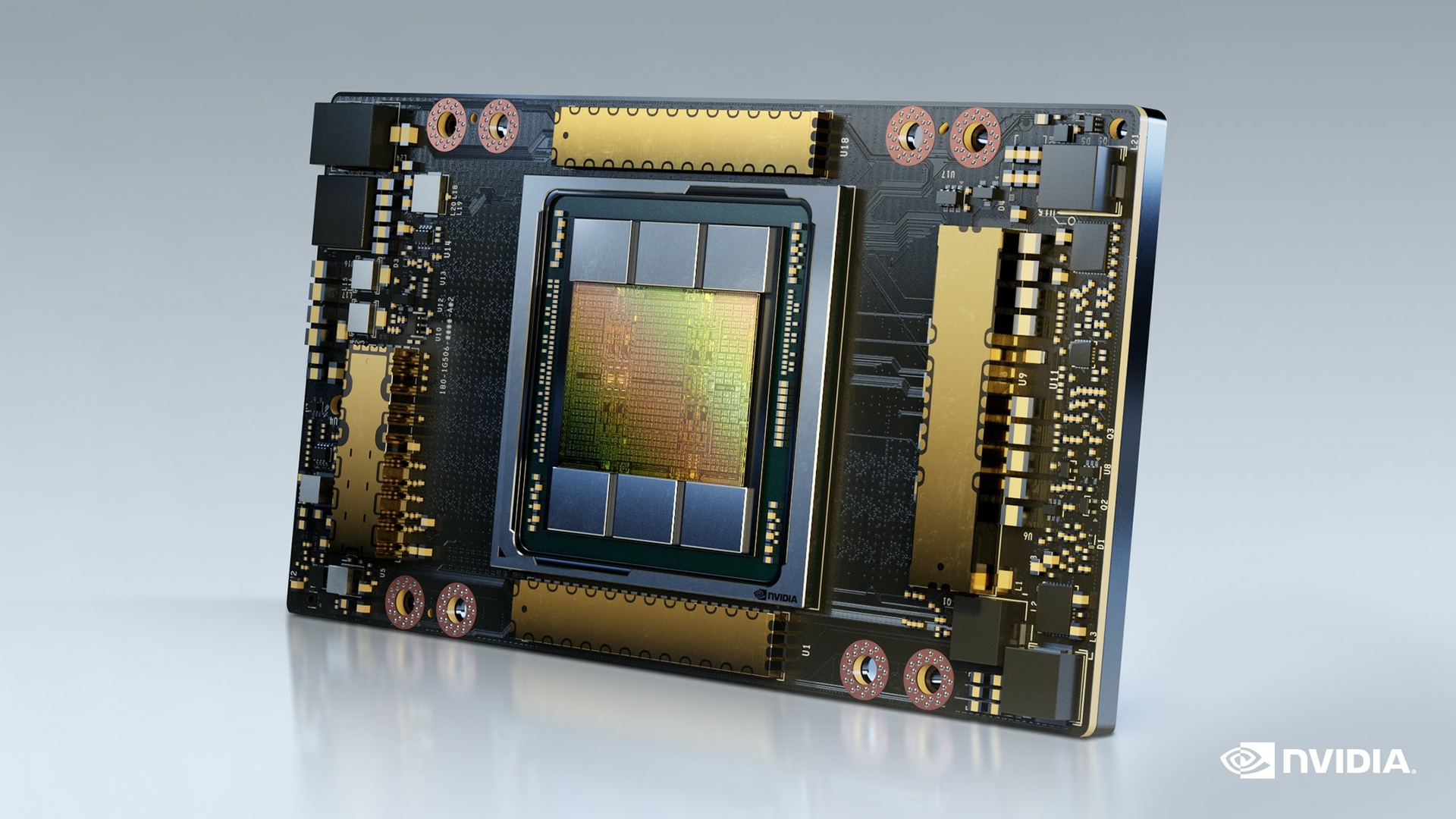 The test is mainly for applications such as LAMMPS, NAMD, openMM, GROMACS and AMBER, which are very popular in the data center. 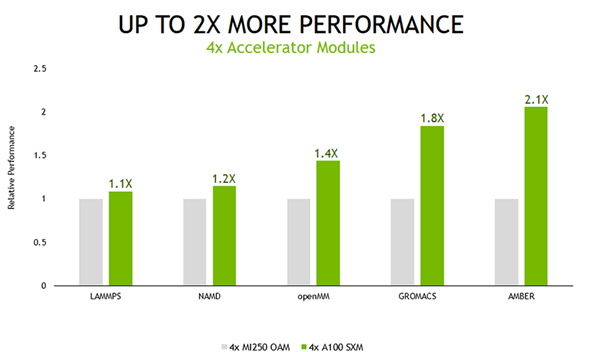 In the same 4-way GPU configuration, the performance of the A100 graphics card is at least 10% higher, and more than 40% ahead.

In the highest Amber application, the performance advantage of the A100 reaches 110%, which is twice as high. 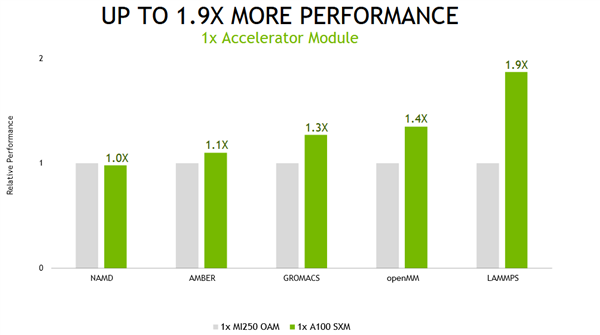 If it is compared to energy efficiency, NVIDIA is more confident. Compared with AMD’s MI250, the A100 has a maximum energy efficiency advantage of 180%, which is very important for data centers.

It is manufactured by TSMC 7nm process, integrates up to 54.2 billion transistors, has a core area of ​​826 square millimeters, built-in 6912 FP32 CUDA cores, and has a maximum acceleration frequency of 1.4GHz. 512-bit 40GB HBM2 video memory, bandwidth up to 1.6TB/s.

As for the MI250 accelerator card, this is an accelerator card released by AMD in November last year, upgraded to the new CDNA2 computing architecture, with an upgraded 6nm FinFET process, 58 billion transistors, and the use of 2.5D EFB bridge technology, the industry’s first multi-Die integrated package (MCM), with two cores integrated inside.

AMD’s 5x friend has very good performance and is very powerful. NVIDIA will release the test immediately, without the latest version.