Only 20MB: FreeDos system is finally updated after 6 years

Only 20MB: FreeDos system is finally updated after 6 years.

The new version of the FreeDos system is updated for the first time in 6 years. Download: only 20MB.

Since the advent of the Windows system, the DOS system has long been eliminated from the mainstream. After all, the graphical interface is easy to operate, and the DOS operation is too complicated.

However, if there is still a need for the DOS system, the FreeDOS version 1.3 is updated for the first time in 6 years, and the capacity is only 20MB . .

Microsoft’s MS-DOS system has not been updated for a long time, FreeDOS is an open source DOS system, compatible with Microsoft MS-DOS , can run classic DOS games, software, or used for embedded development, after all, some areas still need of. 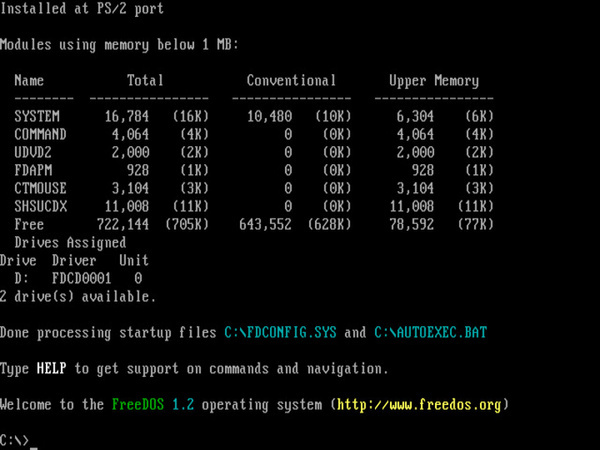 The last time FreeDOS released a new system was in December 2016. At that time, version 1.2 was launched . Recently, FreeDOS version 1.3 was launched.

It was upgraded for the first time in 6 years. It added support for various software and game packages, and adopted compression technology, reducing the capacity by half. , more convenient for floppy disk users.

If it is a full version of pre-installed software and games, the capacity is only275MB.