On March 22, NVIDIA released a new generation of Hopper H100 GPU core and Grace CPU processor at the same time , and also put the two on one card, named ” Grace Hopper “, which is officially called the accelerated computing system with the highest density.

The two chips are placed side by side, and they communicate with each other through the NVLink bus, with a bandwidth of 900GB/s.

The specific specifications have not been announced yet, but it should not be able to be full at the same time, especially the Hopper GPU.

The Grace CPU is designed based on the ARMv9 architecture instruction set, 72 cores , integrated 198MB cache, partnered with LPDDR5X memory, and supports ECC.

What’s the use of this combined “monster”? Obviously, it is also doing HPC and AI computing. The CPU and GPU can coordinate and distribute different loads to maximize efficiency. 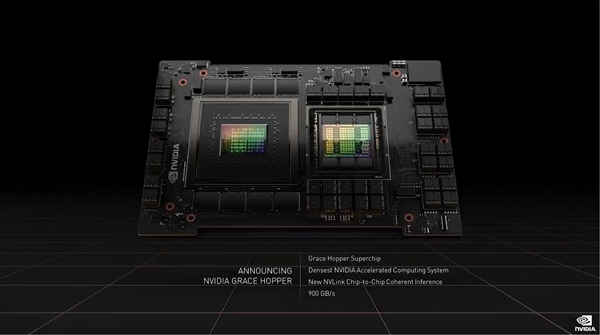 At the same time, NVIDIA also released the “Grace CPU SuperChip”, which integrates two Grace CPUs in a single card. 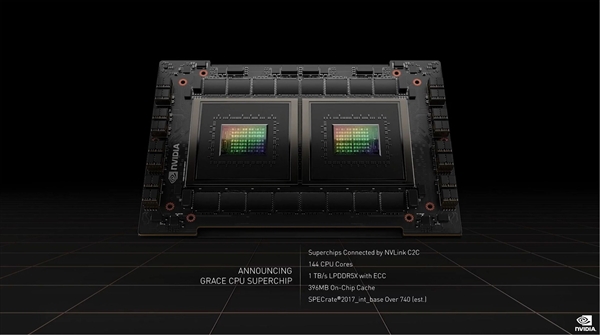 Eliminate system bandwidth by connecting GPU directly to the network, support PCIe 5.0, and support up to 7 concurrent multi-GPU instances. 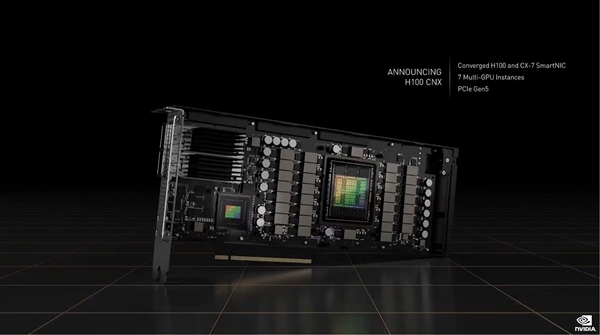