NVIDIA claims that this GPU can achieve more than 60fps in many games at 8K resolution when using DLSS3. 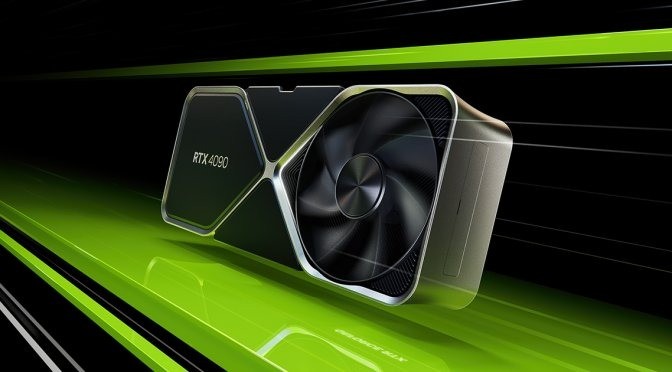 Specifically, NVIDIA said that the RTX4090 can run Fortnite (light chasing) at an average speed of 82FPS at 8K resolution with DLSS 3 turned on.

In addition, as mentioned in the previous news, “Forest Racing: Horizon 5” is very likely to add support for DLSS. The picture shows that the game’s 8K frame rate reached 94FPS.

Of course, NVIDIA specifically emphasizes that DLSS is set to its highest performance mode, and DLSS frame generation is enabled. 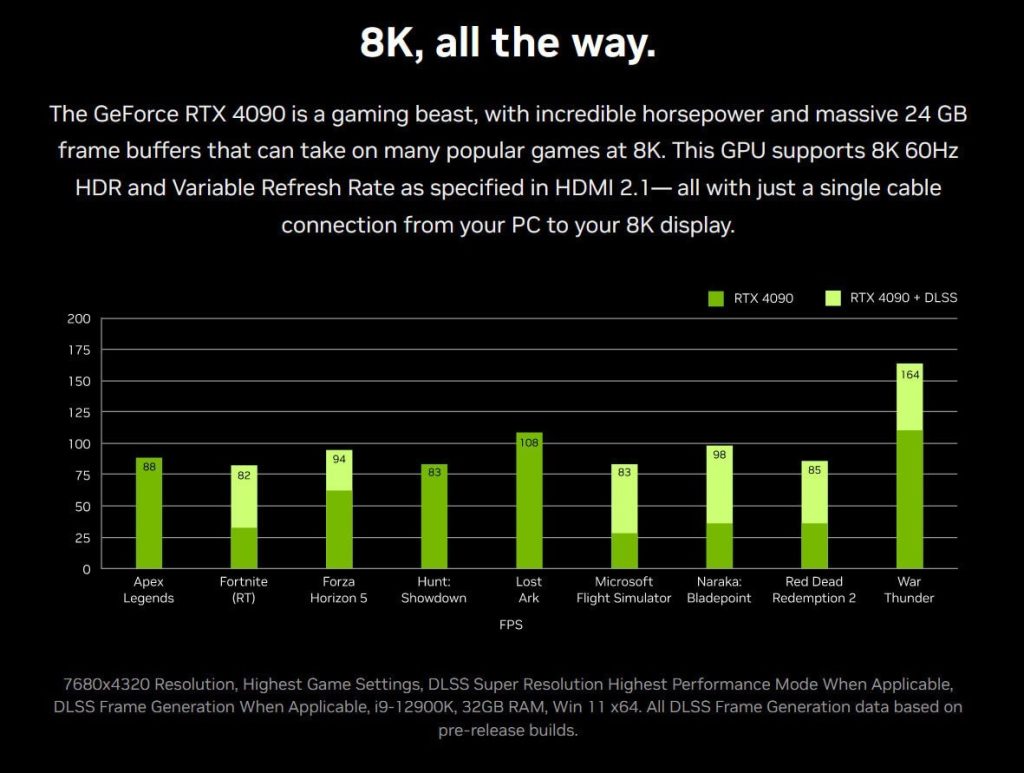 According to the chart, War Thunder can run at 100FPS in native 8K.

According to NVIDIA’s official chart, Forza Horizon 5 may soon support its DLSS technology.

Also since this chart is for the upcoming RTX 4090, Horizon 5 is likely to get support for the latest version of DLSS, DLSS 3. 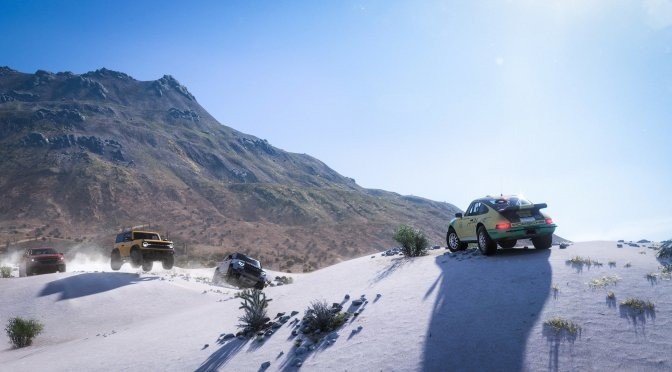 NVIDIA says that running Forza Horizon 5 (and other AAA games) with an RTX 4090, with DLSS Super Performance mode and DLSS frame generation enabled, can reach 8K/60FPS.

In June, Playground Games released a patch that added support for TAA.

It can be seen that adding support for DLSS (and FSR2.1) should be relatively easy.