At GTC 2022, NVIDIA released a new generation of H100 based on the Hopper architecture for the next generation of accelerated computing platforms. It has 80 billion transistors, is a CoWoS 2.5D wafer-level package, has a single-chip design, and is manufactured using a 4nm process tailored by TSMC for Nvidia.

Recently, ServeTheHome released a recent photo of the NVIDIA H100 SXM, you can see the new design of the SXM shape, the PCB model is PG520.

It is understood that the equipped GH100 chip has an area of ​​about 814 mm² and is located in the middle, surrounded by six HBM3 memory with a capacity of 80GB.

Compared to the previous generation A100, the connection layout of the H100 has also changed, making it a bit shorter. 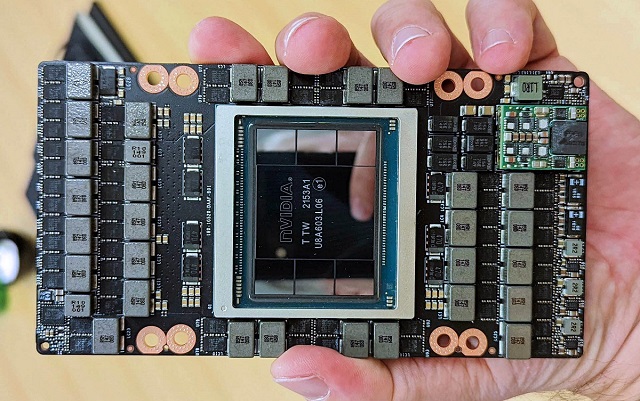 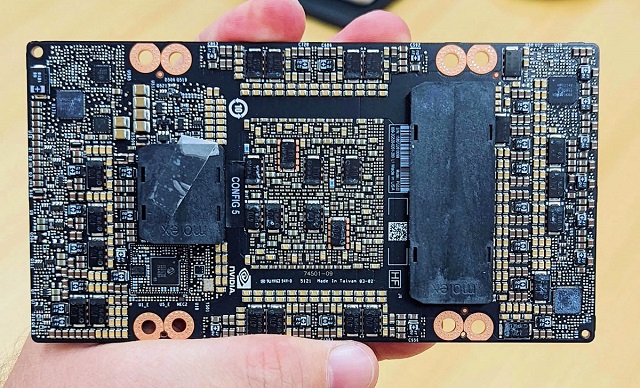 It uses the fourth-generation Tensor Core, a total of 576, and is equipped with a 60MB L2 cache. However, not all of them are turned on in the actual product.

In addition, the GH100 supports NVIDIA’s fourth-generation NVLink interface, which can provide up to 900 GB/s of bandwidth.

At the same time, the GH100 is the first GPU to support the PCIe 5.0 standard and the first to use HBM3.

Since the NVIDIA H100 SXM has a higher specification and has more CUDA cores, the price may be higher.