NVIDIA H100 computing card launched in Japan: About US$36460

At GTC 2022, NVIDIA released a new generation of H100 based on the Hopper architecture for the next generation of accelerated computing platforms.

The NVIDIA H100 has 80 billion transistors, is a CoWoS 2.5D wafer-level package, a single-chip design, and is manufactured using TSMC’s 4nm process, and is a tailored version for NVIDIA.

Nvidia said it expects to start supply in the third quarter of this year, but did not give a price for the H100 computing card.

The H100 is available in SXM and PCIe form factors to support different server design requirements. The Japanese retailer released a PCIe-based version this time. 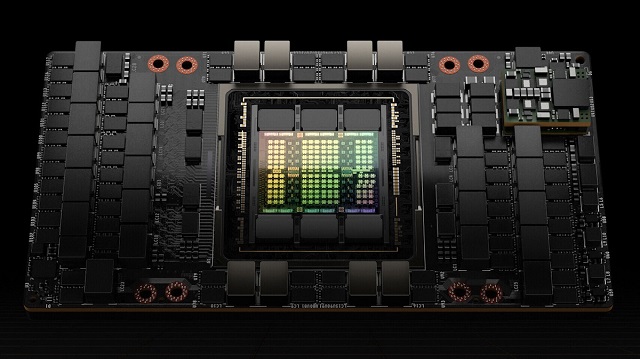 It uses the fourth-generation Tensor Core, a total of 576, and is equipped with a 60MB L2 cache. However, not all of them are turned on in the actual product.

In addition, the H100 supports NVIDIA’s fourth-generation NVLink interface, which can provide up to 900 GB/s of bandwidth.

It supports up to six HBM3s with a bandwidth of 3TB/s, which is 1.5 times that of A100 using HBM2E. The default memory capacity is 80GB.