Nvidia confirms that 5 games will support DLSS 3 in the next week, There are still many games with DLSS 2/3 updates in the month.

Nvidia unveiled DLSS 3 in addition to the GeForce RTX 40 series based on the Ada Lovelace architecture at last month’s GTC 2022 “GeForce Beyond” special event. In addition to better frame rate improvements compared to previous versions, DLSS 3 can even boost frame rates in CPU-bound games.

Nvidia said that at least 35 games and applications will soon support DLSS 3, and announced the relevant list. 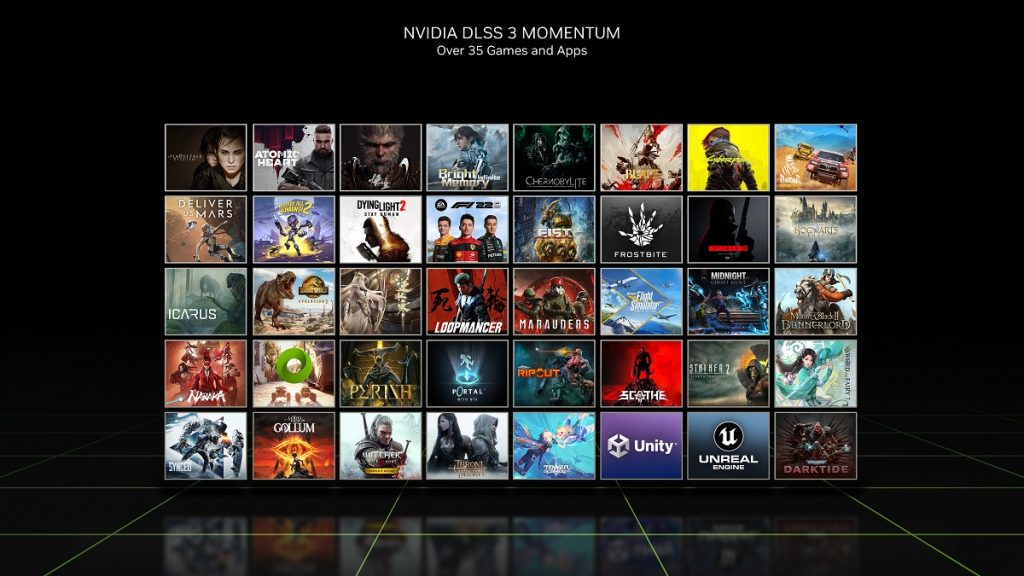 The first Ada Lovelace-based graphics card, the GeForce RTX 4090, will ship soon, and the first games to support DLSS 3 will be updated soon.

Nvidia confirmed the relevant information on the official blog, and also provided a list of games and update times that will receive DLSS 3 updates in the next week, including:

Nvidia also confirmed some new DLSS 2 games, as well as games that will support DLSS 3 by the end of the month, including: