No PCIe 5.0 for notebooks with Intel 12th generation mobile CPU

No PCIe 5.0 for notebooks with Intel 12th generation mobile CPU

The Intel 12th generation  Mobile CPU only supports PCIe 4.0 Intel: PCIe 5.0 is not available for notebooks.

There are three major categories of 15/9W U series for thin and light notebooks , with a total of 28 models and a strong lineup.

In addition, the 12th generation Core mobile version also supports DDR5 memory, but the desktop version of PCIe 5.0 has been cut off, and only supports PCIe 4.0/3.0 , of which PCIe 4.0 x8 is for discrete graphics, two PCIe 4.0 x4 for solid-state drives, and PCIe 3.0 x12 for extended peripherals. 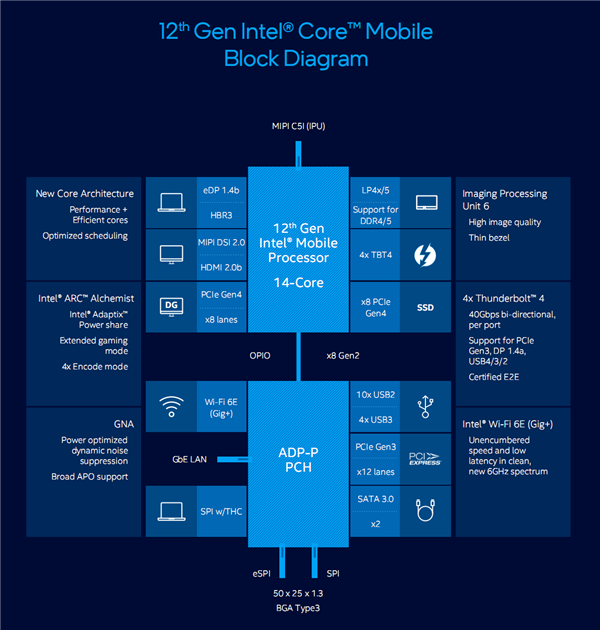 The architecture of the mobile version and the desktop version are the same.

There is no problem with supporting PCIe 5.0 technically .

Why doesn’t Intel do this? For this problem, Intel gave a simple and direct explanation-no one needs to support PCIe 5.0 on a laptop .

As for why it is not needed, this does not need any reason, because there is no device that supports PCIe 5.0 on the notebook, neither the graphics card nor the SSD , and the desktop version of Core Duo has some PCIe 5.0 hard drives to look forward to.

This will come early next year, and the selection of PCIe 5.0 devices will increase by then.