No competitor can challenge Chrome browser: nearly 70% people use it

No competitor can challenge Chrome browser: nearly 70% people use it.

Ranking of global browser ratio: No. 1, nearly 70% of people are using it without competitors.

Obviously, the king of the world’s desktop browsers is still Chrome, which accounts for almost 70%. 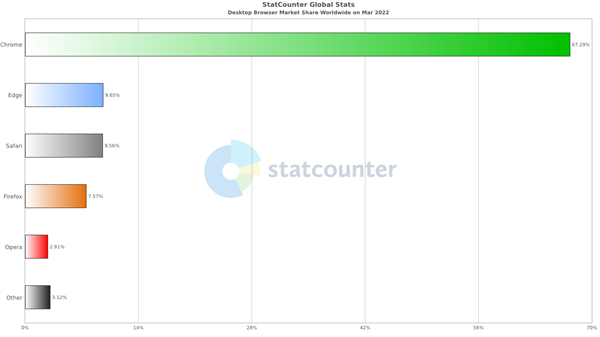 On the other hand, the modern version of Microsoft Edge is also gaining momentum, and Edge is now the second most used desktop browser with a 9.65% share.

Clearly, it’s far from challenging Google’s browser dominance, but on the other hand, it has managed to outpace rivals Firefox and Safari.

It’s worth emphasizing that Safari is only installed on macOS, as the Windows version is no longer available.

Its market share suggests that most Apple users stick with the default browser and don’t install third-party alternatives such as Google Chrome and Microsoft Edge.