This Thursday, Apple officially released a support page, emphasizing that if an unknown AirTag appears around you, it will make a more obvious sound to remind you. 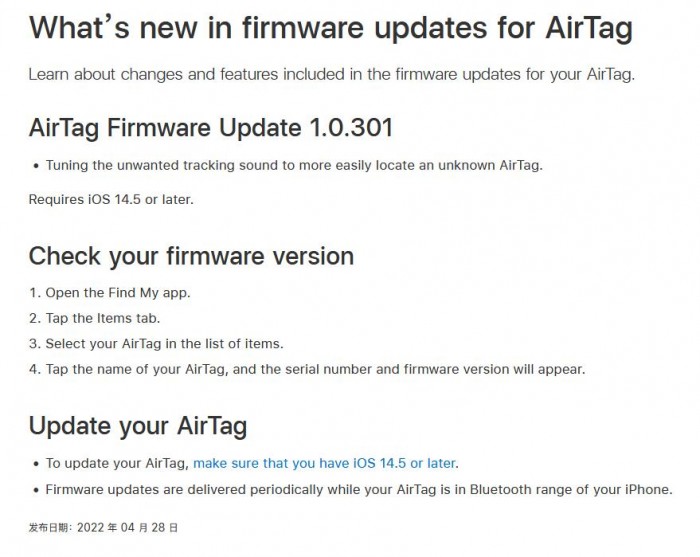 A press release was shared in February explaining how it plans to improve AirTag’s anti-tracking protection. Apple said: “Adjust the sound of the AirTag. Currently, iOS users who receive unwanted tracking alerts can play a sound to help them locate unknown AirTags. We will adjust the sound sequence to use more of the loudest tones so that Unknown AirTags are easier to find”.

According to the release notes for 1.0.301, this appears to be the only major change in the new AirTag firmware update.

That said, it’s a welcome change. This should make it easier for people to find an unwanted AirTag, even if it’s hidden somewhere.

According to MacRumors, Apple is rolling out the update in a staggered fashion.

When it launched on Tuesday, only 1% of users got the update. 10% of AirTag users should receive the update on May 3rd, 25% on May 9th, and the rest on May 13th

. In other words, if your AirTag has not been updated by the time you read this, please be patient.