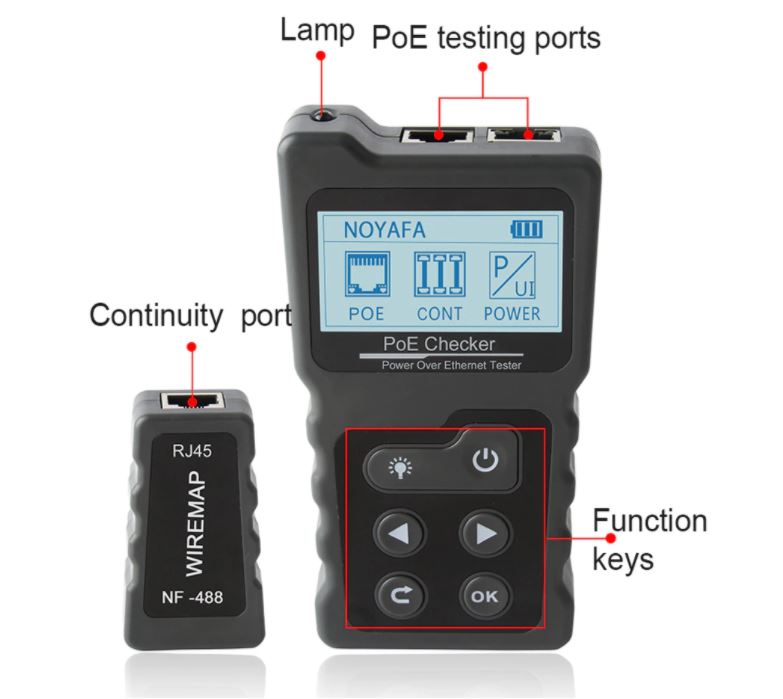 A cable tester is an electronic device used to verify the electrical connections in a signal cable or other wired assembly.

Basic cable testers are continuity testers that verify the existence of a conductive path between ends of the cable, and verify the correct wiring of connectors on the cable.

More advanced cable testers can measure the signal transmission properties of the cable such as its resistance, signal attenuation, noise and interference.

Generally a basic cable tester is a battery operated portable instrument with a source of electric current, one or more voltage indicators, and possibly a switching or scanning arrangement to check each of several conductors sequentially.

A cable tester may also have a microcontroller and a display to automate the testing process and show the testing results, especially for multiple-conductor cables.

A cable tester may be connected to both ends of the cable at once, or the indication and current source portions may be separated to allow injection of a test current at one end of a cable and detection of the results at the distant end.

Both portions of such a tester will have connectors compatible with the application, for example, modular connectors for Ethernet local area network cables.