Various social media in China have recently begun to force the display of IP locations.

Weibo issued an announcement on April 28 last week, but there have been many chaos in the past few days, and even the biggest names in the international technology industry have suffered!

Since Weibo introduced a new regulation to force the display of IP location last week, all kinds of chaos have spread frequently.

A large number of Chinese Internet celebrities claiming to be overseas have their IPs captured in China.

However, the “Emperor Bar”, which has always been certified as a Chinese patriot, has its IP displayed in Taiwan. ; All kinds of chaos spread frequently, causing major celebrities to be repeatedly criticized.

For example, Bill Gates’ IP shows Henan, Musk is Beijing, and the library When he was in Shanghai, Chinese netizens laughed and said, “The richest man in the world is in China.” However, after the topic fermented, their Weibo IP was immediately changed to overseas.

In response to the IP chaos, some Chinese Internet celebrities responded that they have been overseas, but the IP location will be in China when they register with their family’s mobile phone or log in to the account in another place.

Another Chinese media said that in fact, many Internet celebrities are operated by the same MCN multi-channel network, which is a recognized secret in the industry, so there is a situation where IPs are in the same place

. There are also Chinese netizens who ridiculed that “as long as you go over the wall, IP can be wherever you want, and it’s no problem to travel around the world.” 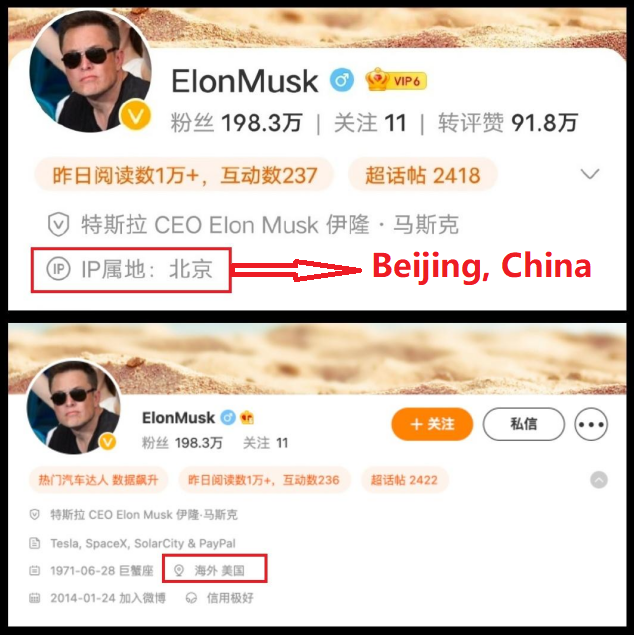 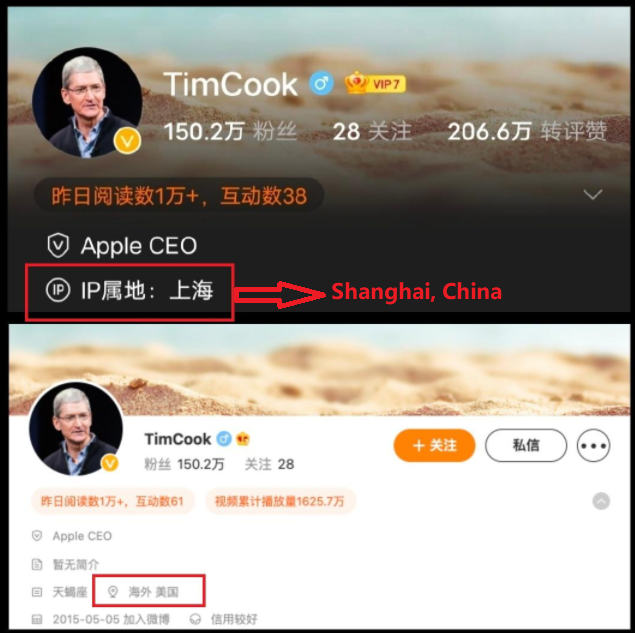 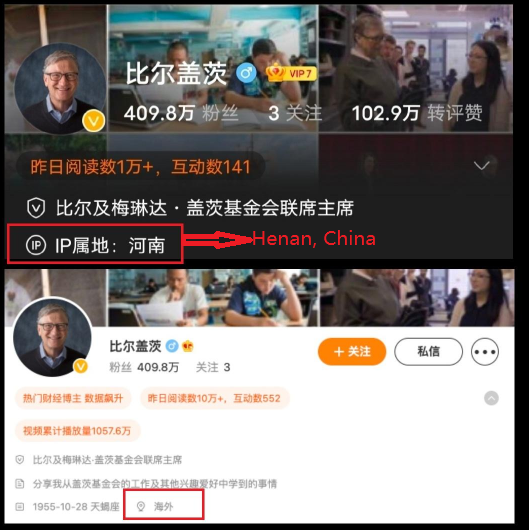 Also because there are too many disputes, it seems that as long as it is a celebrity, star, corporate account, etc., it is no longer mandatory to display the IP location, but it has caused Chinese netizens to fry and criticize unfairly. At present, the official policy is unknown.