MSI has already broken its own frequency world record with a staggering 7.5 GHz CPU frequency on an Intel Core i9-12900KS using a MEG Z690 Unify-X motherboard.

This overclocker uses an Intel Core i9-12900KS, plugs in a MEG Z690 Unify-X motherboard, and pushes it to the limit. 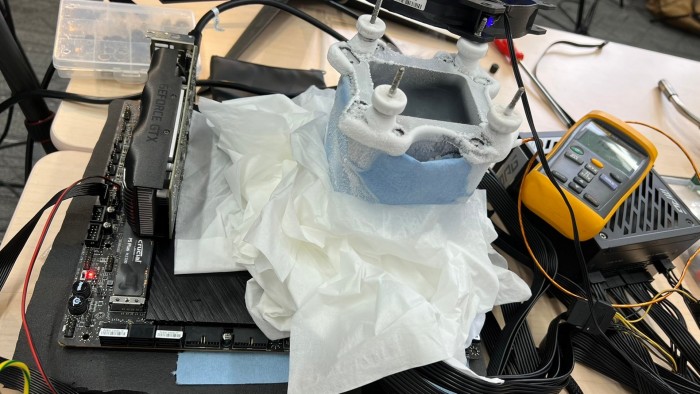 Although the Intel Core i9-12900KS CPU during this overclock was cooled by liquid nitrogen, it was only possible to maintain this score with 2 active cores and SMT disabled. The entire overclocking process was live-streamed, and the results have been verified on both Hwbot and CPU-Z. The Intel Core i9-12900KS is currently the fastest clocked CPU on the planet and the most power hungry of any mainstream chip.

The higher potential makes it a favorite among overclockers, and we can expect more record-breaking benchmarks in the future.

As for its performance, the AMD Ryzen 7 5800X3D is the better chip when it comes to gaming, and the new 3D V-Cache not only allows for faster performance but also consumes less power when running games.

Both the Intel Core i9-12900K and the Ryzen 7 5800X3D have their strengths, and while the Intel chip is a bit more power hungry, it offers overclocking support as well as strong app performance and still delivers very good numbers in games.

The Ryzen 7 5800X3D does not support overclocking, its application performance is more or less similar to the 5800X, but it offers very good gaming performance for its price, and supports running on existing AM4 platforms with DDR4 memory, which reduces the upgrade costs.