This kernel driver, which is part of Microsoft’s work on GPU acceleration in WSL, has been resisted by upstream Linux kernel developers since it was originally released in 2020. 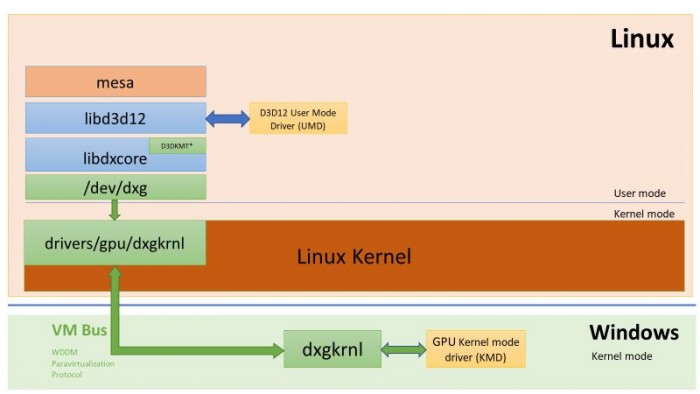 Back in January, Microsoft released a redesigned DXGKRNL driver for Hyper-V computing devices that supports WSL/WSA and allows acceleration for OpenGL, OpenCL, Vulkan, OpenVINO, oneAPI, and CUDA, among others.

In addition to the kernel patch series being “rebuilt from the ground up”, that opens a little door for it to possibly be mainstreamed: at least the fully open source Intel Compute Runtime stack can work on top of the DXGKRNL stack.

The difference is that initially only closed-source user-space drivers were available, and now at least one “open-source” user-space driver is available to address what became a barrier to mainline inclusion, and Microsoft also has the open-source libdxg library as an interface to its computing device abstraction .

Launched this week is the DXGKRNL v3 driver.

The v3 patch brings various low-level improvements compared to the previous round of patches.

However, getting this code to be accepted into the mainline kernel is still a difficult process.

Well-known Linux kernel developer Christoph Hellwig has commented on the series, arguing that it doesn’t solve any real problems.