M1 Ultra graphics performance is not as good as the RTX 3090?

The test shows that the M1 Ultra graphics performance is not as good as the RTX 3090,
Apple claims spark controversy. 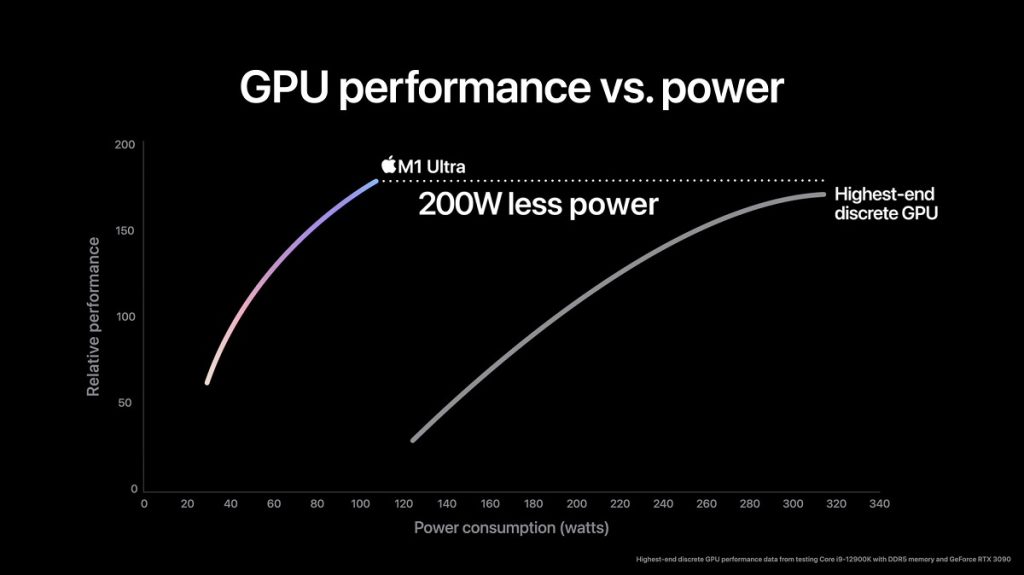 Made up of 114 billion transistors, the M1 Ultra is the largest ever on a personal computer chip. Apple configures the M1 Ultra with up to 128GB of high bandwidth (up to 800 GB/s), low-latency unified memory, plus up to 20-core CPU (16 performance cores + 4 energy efficiency cores), 64-core GPU, and 32-core NPU .

Apple said at the event that the M1 Ultra’s 64-core GPU could even deliver better performance than Nvidia’s current flagship, the GeForce RTX 3090, while consuming 200W less power.

With Apple unblocking Mac Studio, The Verge has tested the M1 Ultra’s graphics performance , showing that there is no small gap between it and the GeForce RTX 3090 in GeekBench 5 or Shadow of the Tomb Raider. 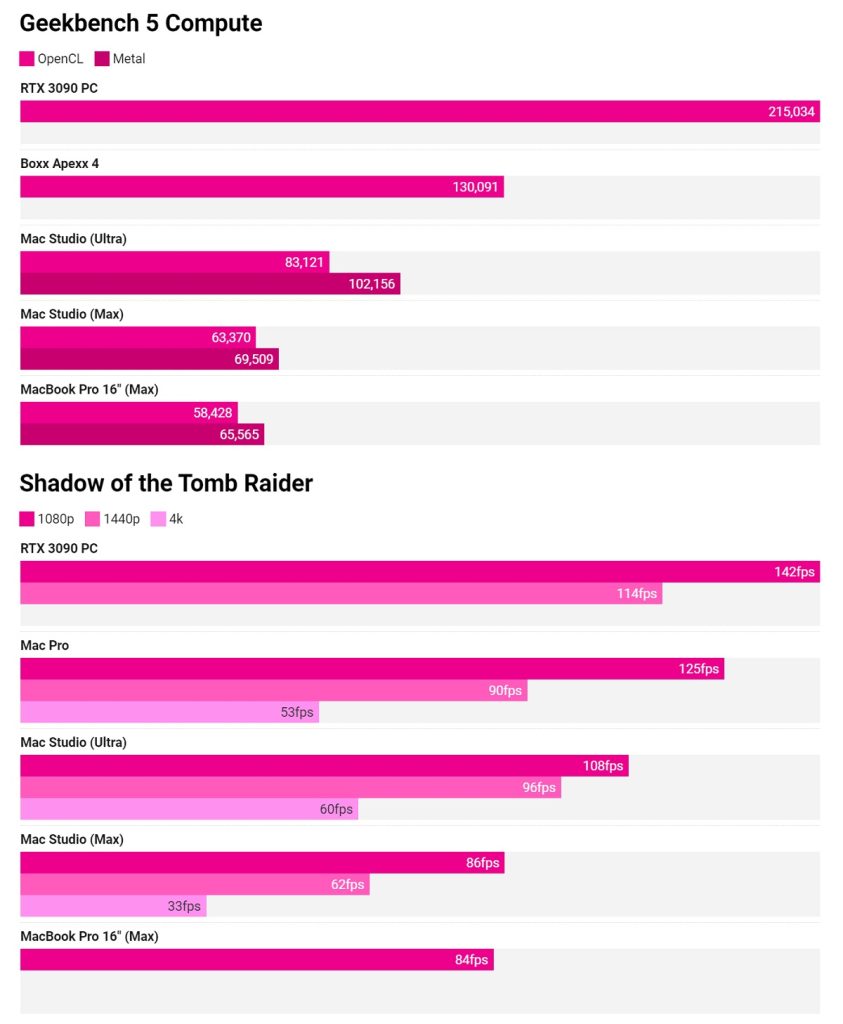 The Mac Studio used by The Verge for testing is already the strongest version Apple offers, retailing for $6,199. Paired with the GeForce RTX 3090 is an Intel Core i9-10900 processor paired with 64GB of RAM and a 2TB SSD. Such test results have also caused a lot of controversy.

Some people think that the data advertised by Apple does not have a more specific description, and the performance in a specific environment or task is too exaggerated, which is suspected of being misleading.