It is reported that Nvidia shelved the new RTX Titan due to problems such as power supply tripping and terminal melting.

While many were expecting Nvidia to bring its flagship RTX 4090 Ti or so-called Ada Lovelace Titan, it was rumored to have been put on hold by NVIDIA due to triggering circuit protection and the occasional possibility of overheating and melting the power connector.

There was also news that it was expected to be the first graphics card to use GDDR7 memory.

However, we heard more rumors ahead of the launch of Ada Lovelace’s flagship product with 48GB @ 24Gbps memory and 900W TGP power consumption. 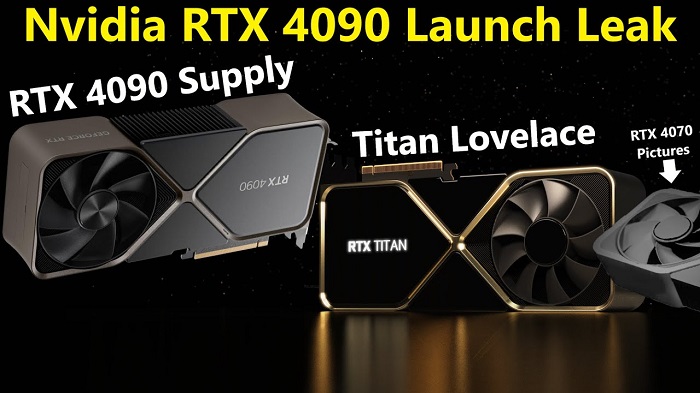 According to Moore’s Law Is Dead, although the legendary “Ada Lovelace Titan” with a full-blooded AD102 GPU core does not have an exaggerated 800-1000W TGP power consumption, it still reaches about 600-700W in the NVIDIA test.

In order to cope with such high power consumption, the official adopts a dual 16-pin 12VHPWR external power supply connector.

Embarrassingly, because the “Ada Lovelace Titan” is too hard, it is reported that it is likely to be unable to withstand the power supply (PSU), causing problems such as power tripping, PSU damage, terminal melting, etc., so it has been temporarily shelved by NVIDIA.

Of course, we still can’t rule out the possibility that Nvidia will release a new “Ada Lovelace Titan” in the future.

The company may be waiting for the arrival of 27Gbps/GDDR7 memory to boost data throughput without significantly increasing power consumption.

Previously, the “Titan” series product line was more aimed at creators, researchers and enterprise customers, who were relatively less sensitive to power consumption and could afford higher hardware premiums.

Finally, there is other news that the AMD Radeon RX 6900 XT high-end graphics card can take on Nvidia and has dropped below $700.