According to industry insiders, Apple joined hands with Yuantai (E-ink Holdings), a leading ePaper company, to develop a new “iPhone”.

It seems that two secondary screens made of e-paper have been added to the back of the iPhone to match the original front main screen to become a multi-screen iPhone. 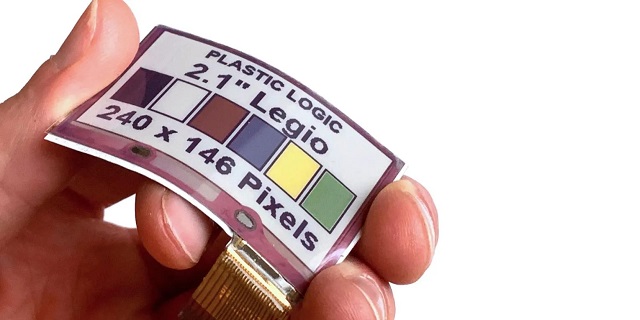 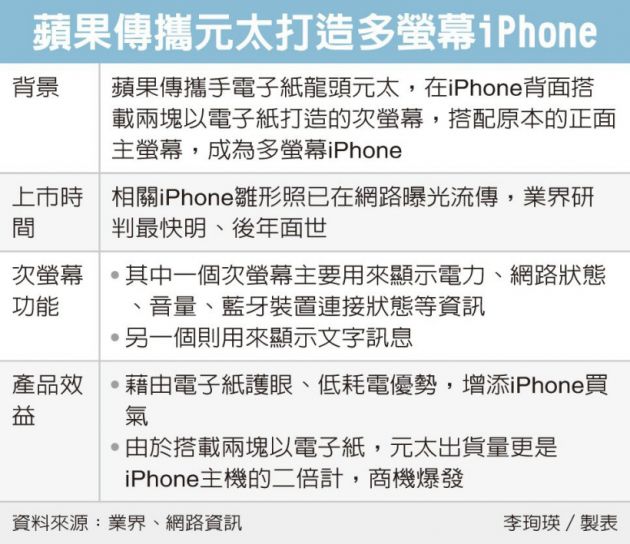 It is said that the new “electronic paper/ink screen” version of the iPhone will also have the advantages of electronic paper eye protection and low power consumption due to the new design, thus adding another reason to buy the iPhone.

The report pointed out that the prototype of the relevant iPhone has been exposed on the Internet, and people in the industry believe that the new machine is not far from the market, and it can be launched in the next year and the next year as soon as possible. He said that due to the high practicability of this new iPhone, it will not only stimulate Apple ‘s shipments, but Yuantai’s shipments will also usher in growth, and business opportunities will explode.

Regarding related rumors, Yuantai Technology said that it does not comment on customers and single products. Li Zhenghao, chairman of Yuantai, emphasized that Yuantai’s electronic paper is more and more widely used, and it is no longer limited to Fangfangzheng’s e-book readers, electronic tags, etc., but also on mobile phone covers, headphones, etc. There can be electronic paper Display, but the specific content cannot be disclosed due to the fact that it has not yet been implemented and publicly listed.

Judging from the revelations, one of the secondary screens of this “multi-screen iPhone” is mainly used to display information such as power, network status, volume, and Bluetooth connection status, and the other is used to display text information, which greatly reduces the power consumption of the main screen in daily life. Electricity, blue light damage eyes and other problems.