As a founding member of the Alliance for Open Media (AOMedia), Intel has done considerable work to promote the AV1 codec and make it more accessible to content creators/providers and end users.

Back in 2020, the company introduced support for AV1 hardware encoding with Xe-LP GPUs. This week, the chip giant released version 1.0 of the SVT-AV1 codec for all modern CPUs. 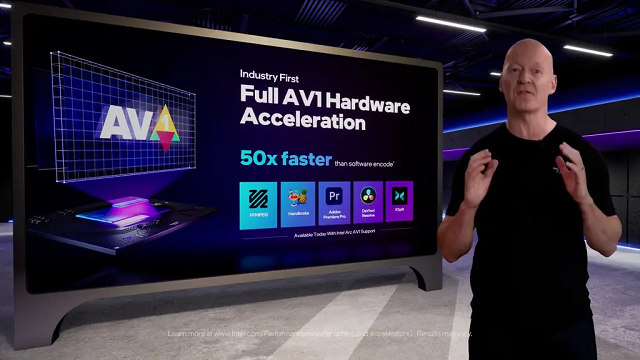 It is reported that the AV1 open source video codec is designed for an enhanced experience with Ultra HD resolution, wide color gamut and high dynamic range.

As early as 2018, AOMedia claimed that AV1 is 30% more efficient than existing codecs (especially for H.265/HEVC-like 4K + content designs).

One problem with efficient codecs, however, is that they are quite resource-intensive and often rely on hardware acceleration to work properly.

At the same time, modern CPUs have a lot of resources and new instruction sets available for encoding and decoding, which is where Intel SVT-AV1 can come in handy.

Intel notes that SVT-AV1 is a scalable, standards-agnostic codec library that takes full advantage of the multi-threaded performance of modern CPUs / AVX2 instructions.

In addition, Phoronix pointed out that the SVT-A11 provides further optimizations for AVX2, which can bring performance and image quality improvements, faster decoding of more preset levels, and S-frame support.

Whether your modern x86 computer is running Apple macOS, Microsoft Windows , or the open source Linux operating system, the new codec will work well on Intel’s 5th Gen Core (Broadwell and above) processors.

Initially, Intel and streaming platform Netflix started the SVT-AV1 project, validating the AV1 codec for a variety of use cases from premium video-on-demand to real-time encoding/transcoding.

In August 2020, the SVT-AV1 encoding/decoding library was officially adopted by the Software Implementation Working Group (SIWG) under AOMedia, which greatly boosted its subsequent popularity.

Now, with the release of SVT-AV1 version 1.0 CPU codec library, it means that the AV1 ecosystem has crossed an important milestone.

It is worth mentioning that Intel is providing partners such as Netflix with the Arctic Sound-M accelerator based on the DG2 GPU, which supports AV1 hardware acceleration of 8 4K video streams at the same time. 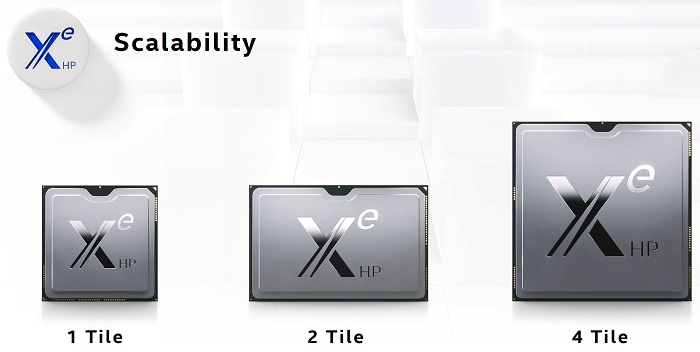 The Arctic Sound 2T is a double-stick chip with a power consumption of 300W (requires an 8-pin external power supply).

In addition, the Xe-HPG GPU for the data center uses a new Execution Unit (EU) with various IPC improvements, supports HBM2E high-bandwidth memory, and is manufactured on Intel’s performance-optimized 10nm SuperFin process. In short, Xe-HP is nothing like Xe-LP / Xe-HPG.

At present, Intel has provided 1T / 2T Xe-HP computing accelerator cards to some customers, and the 4T solution announced last year can even provide FP32 performance of more than 42 TFLOPs (no specific sample plans yet).