Intel launched the ARC A310 entry-level graphics card: Only 6 sets of Xe cores and 4GB of video memory.

From the name, it can be seen that its positioning is lower than that of the A380.

The previous A380 is actually not a complete game card. 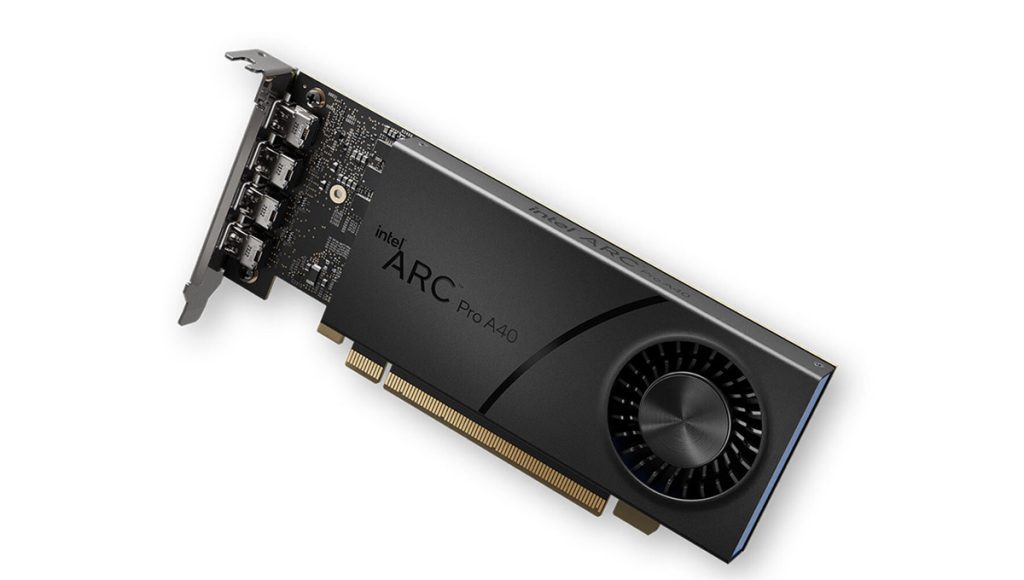 The picture shows the ARC Pro A40

The complete specifications of the ARC A310 have been given on Intel’s official website.

It has 6 sets of Xe-Core, which is obviously further simplified on the ACM-G11 GPU.

The GPU frequency is 2100MHz, which is a little higher than that of the A380, but the video memory is only 4GB.

The detailed specifications of this graphics card can be seen on Intel ARK.

It adopts TSMC N6 process, 6 sets of Xe-Core have a total of 6 optical tracking units, 96 sets of EU, the TBP of the graphics card is 75W, and the video memory is 64bit/4GB GDDR6.

However, the frequency of the graphics card shown here is 2000MHz, which is different from the introduction page of ARC. I don’t know which one is accurate. 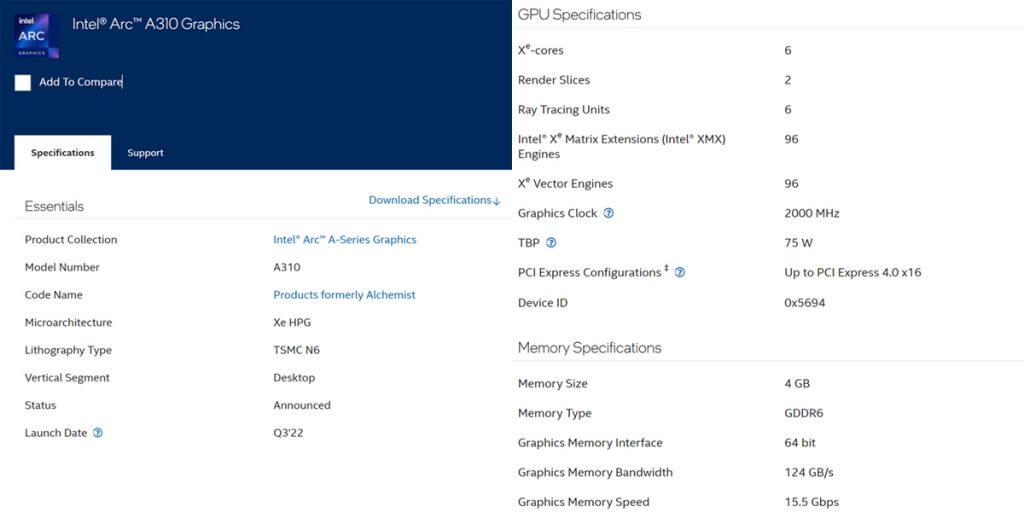 The ARC A310 may adopt the design of a half-height knife card.

Although the graphics card is already in the state of release, like the A750 and A580, it is unknown when it will go on sale, nor the specific price.